Eighteen Stars Have ‘Nemesis Orbit’ Around Our Sun 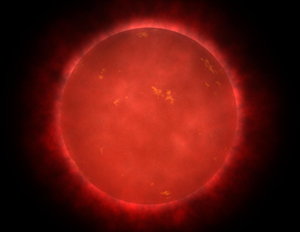 Although I don’t have to remind any of you regular readers about this, for those of you who may have found this page via a Google search or Digg, allow me to inform you that space is pretty big. In fact, using a completely non-scientific method that I’m just now pulling out of my backside, if you were standing on the 50-yard line of a football field, the distance between our Sun and the next closest star (Proxima Centauri) would be roughly the length of a penny.

My point is that there is a lot of space out there, occupied by a lot of stars. Of those millions upon millions of stars in the galaxy, researchers focused on a relatively small number of 40,000 M-type red dwarf (not to be confused with Red Dwarf) stars. What were they doing with these 40,000 M dwarfs? They were charting their orbits.

The real reasons why they were doing this may forever be unknown, but in calculating the orbits of these 40,000 stars, the team led by Penn State University professor John Bochanski discovered that eighteen of them have what is referred to as “Nemesis orbits,” which means that they come close to our own Sun before retreating and returning again on the next orbit.

So what happens if one of these stars comes close to our own? Our magnetic field will be severely compromised, radiation will bombard the Earth’s surface, the oceans will boil and most life on Earth will either be washed away by rogue tidal waves or scorched into a fine powder. Humanity has nothing to fear, however. None of these 18 stars would come close to our solar system for close to a billion years, assuming that the researcher’s calculations are accurate. After all, a billion years in the future is a long time to plan ahead for.