DIY: How to fix your defective Guitar Hero controller 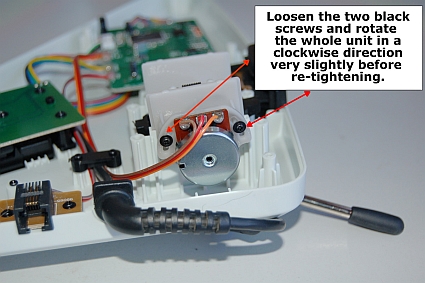 So you just realized that your Guitar Hero controller is one of the two models that were recently announced by RedOctane as defective. Never fear, fellow gamer. There is a moderately simple way to fix this problem if your willing to put in a little hand work. This step by step DIY will show you how you can take the defective product into your own hands and make it good as new.

This specific how-to is for the RedOctane Guitar Hero X-Plorer Controller, and is pretty straight forward. A few tweaks and turns is all it takes. Hope this helps all of you with the defect! — Andrew Dobrow