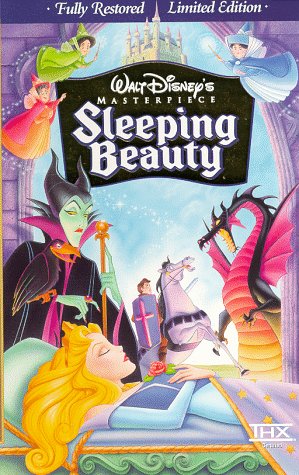 Coming in October, Disney plans to release “Sleeping Beauty” on Blu-Ray disc with some remarkably exclusive features thanks to the rise of BD-Live, the internet-based feature which offers a variety of Web-enabled features. From the article:

…viewers will be able to pop “Sleeping Beauty” into their Blu-ray Disc player and get a customized version of the famed Sleeping Beauty castle that serves as a backdrop for the menu. The sky behind the castle will reflect the weather in their hometown, whether it’s a blizzard in Cleveland or a balmy day in San Diego.

It’s more or less an Xbox-live with some Sony snaz thrown in exclusively for Blu-Ray discs and Blu-Ray players. Ironically the only Blu-Ray player on the market supporting such a feature is Sony’s PS3. So, if you shelled out loads of cash for a top-notch Blu-Ray player and held off on a top-notch gaming system with no-notch games, you’ll be missing out, for now.