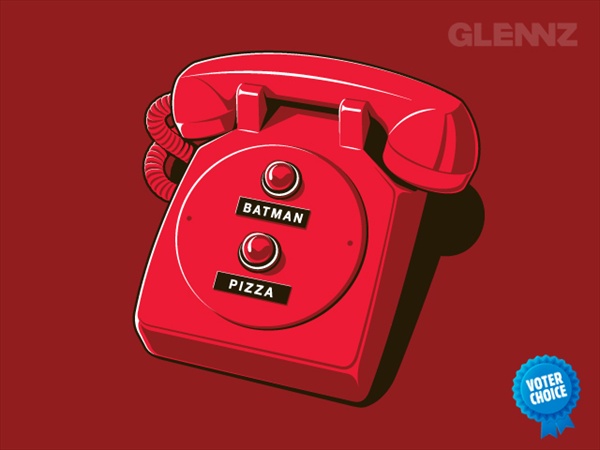 And thus the existential query is asked. Batman or Pizza? That is the question.

You’ve got to know your priorities. Rather than having two separate phones dedicated to your two most commonly dialed numbers, it made sense to combine the two. That is until you called for a superhero and wound up with a large with extra cheese.  I somehow doubt that pepperoni is any good at fighting crime.