David Hasselhoff Wants EA to Give Him His Own Video Game 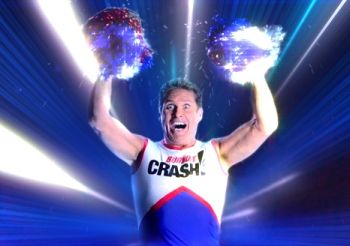 Ever since he played Michael Knight in the TV hit series “Knight Rider” (okay, it was a hit in the 1980’s), David Hasselhoff has definitely kept busy. In the 1990’s, he produced the TV series “Baywatch”, and then moved on to have his own singing career (mostly in Europe). He was the first person eliminated in Season 11 of “Dancing With the Stars”, and then enjoyed a career as a judge in “America’s Got Talent”. In 2011, he became a judge on “Britain’s Got Talent” alongside Simon Cowell.

Well, “The Hoff” isn’t stopping there. He wants his own video game.

And apparently, he’s already “in talks” with EA about having his own game.

I’ve wanted to develop my own game so this was a way of seeing if this works and maybe we can take this one step further with using the same concept as ‘Burnout Crash,’ and maybe do something with the Hoff.” — David Hasselhoff

We can only wonder — exactly what type of game would he want to star in?