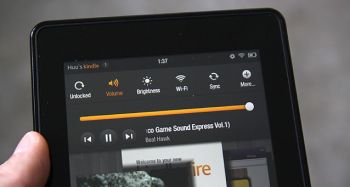 It looks like it’s going to be a frustrating holiday for some Kindle Fire customers. Several reports have been released claiming that the Kindle Fire has been experiencing some slightly odd issues with wireless connectivity.

Some people have reported that their Kindle Fire isn’t able to even recognize their wireless network. Others have said that the Kindle Fire can “see” their router, but can’t connect to the internet — even after they’ve entered their network security key.

Amazon has apparently said this is a “known issue” and that they’re working on addressing it. Patch 6.1 seems to have fixed the issue for some users, though others are still reporting having problems with wireless connectivity.