Create your own Apple Rumor! 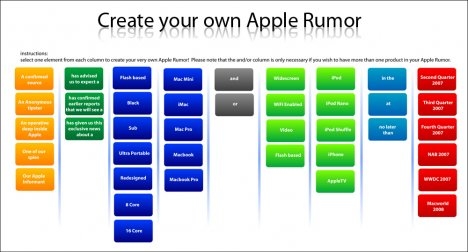 In lieu of the recent plethora of Apple and Mac related rumors, here’s a cool little web rumor mill. We spotted this really funny rumor generator while sifting through the Internet plankton. The Apple Rumor Generator takes a series of Apple derived words, and generates a rumor for the occasion. Here are some of the rumors we’ve created: