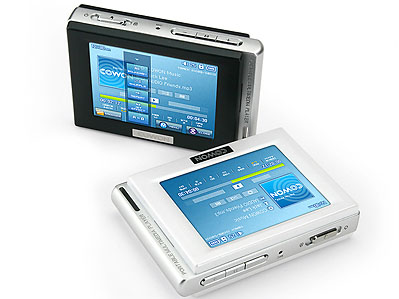 Recently we heard that the Cowon (iAudio) D1 will not be produced anymore, but fans should be pleasantly encouraged by the company’s announcement this morning. The new Cowon D2 comes with a 2.5” QVGA touch screen, all new touchscreen interface and a SD slot (SDHC not supported), all that kept in a fairly small package (56x78x17mm 95g). Music files supported are MP3, WMA (WM DRM10 too), OGG, FLAC and WAV. Video files supported are WMV up to 768kbps as well as MPEG4 AVIs. Bundled is a software for you to convert your MPEG2 and other DiVX files into the format the D2 can read.

Cowon also added a little twist to the stylus, now it can be used as an anchor- a stand for the D2 on the table, in case you want to load your JPEG files in there and use it as a mini picture-frame yes you can definitely do that. The D2 can record FM radio and live audio from the microphone or the ananlog line-in. Cowon also boasted that the D2 can produce sounds up to 74mW (37×2), but we wonder how the European Union would react. The battery can last up to a whooping 52 hours with music and 10 hours with video. The 2GB Cowon D2 will be avaliable in Japan starting on Feb 9 at 230USD, the 4GB model is also on its way. 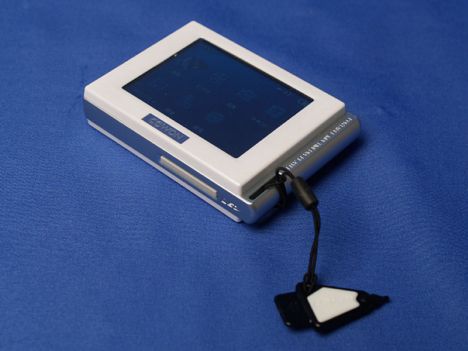 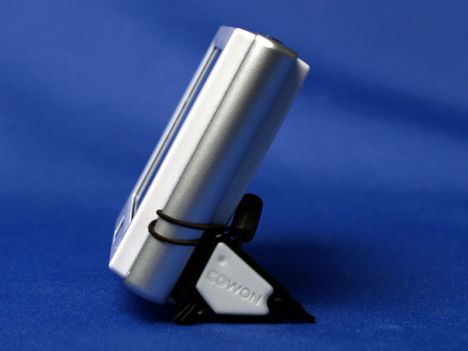