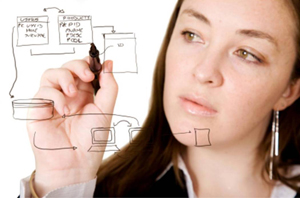 The world is changing, as you may have noticed, and while at one time we were in need of hard workers who were good with machinery, we are now in need of people who are skilled with computers. This is why the news that students enrolling in computer science courses have increased for yet a third year is encouraging.

These numbers are from the Computer Research Association, which tracks enrollment and graduation rates for people studying subjects like computer science. Their figuers this year are based on the number of enrolled students at 195 Ph.D.-granting schools, where the average number of enrollments stands at 253 students. This is still down significantly from the high in 2001, which was 398 students on average, though it is significantly higher than the numbers from 2007, which were half those from 2001.

The numbers from early in the decade were a direct result of the dot-com bubble, which saw everybody and their cousins trying to make millings through various online vetures. Once that bubble burst, numbers saw a sharp decline but as the world gets more wired in, the need for computer science degree-holding individuals grows.

Computer science degrees come in many different forms, as students can focus on one particular area of study. A basic bachelor’s in computer science is a great starting point and will give students a variety of different career options.

Those who graduate with this degree can earn jobs as a computer and information research scientists, software developer, database administrator, information security analyst and more. The good news is that the data security industry is expected to grow significantly in the coming years, as an increasing number of businesses rely on virtual data storage. In addition, these jobs pay very well, making this program an excellent investment for students.

Moral of the story? If you’re about to go to college, get a computer science degree.