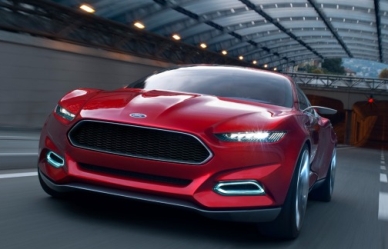 I’m not going to lie — Ford’s new Evos model looks incredibly sexy. Sure, it has all the aesthetic appeal of an overpriced sports car, but it’s what’s inside its wire harnesses that has me most intrigued.

The Ford Evos redefines the term “Smartcar”, with the ability to be cloud-connected 24/7. Sure, it’s just a concept right now, but Ford is planning to give the Evos its debut this September at the Frankfurt Auto Show.

Theoretically, this car could adjust its performance based on weather, your past driving skills and the mapped road conditions ahead. It could even “talk” to your house, automatically running your appliances on low-power until you pull back into the driveway.

Even though the Evos is just a concept, it uses technology that already exists today — the only difference is that it hasn’t been implemented in this manner. Even if this car is never produced, the concept itself is incredibly intriguing.