Cigar Skateboard is the Key to Classy Extreme Sports 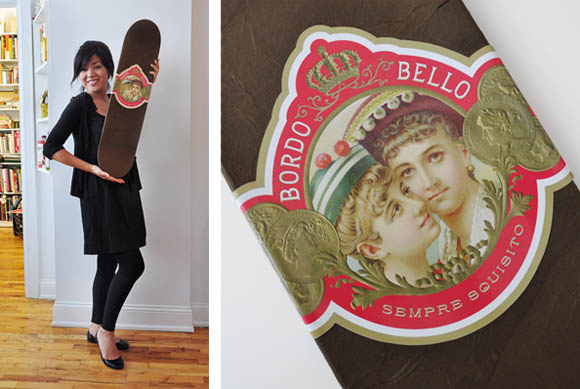 I realize that the correlation between skateboarders and cigar smokers is likely very low and a venn diagram depicting the pair’s relation would be even more laughable than than the mental image. But I don’t really care because I know that there are some skaters out there who would totally rock this deck with an abundance of ironic glee.

The Cigar Skateboard was designed for the Bordo Bello charity auction for AIGA Denver. The design even incorporates wrinkling which resembles the outer covering of a cigar.