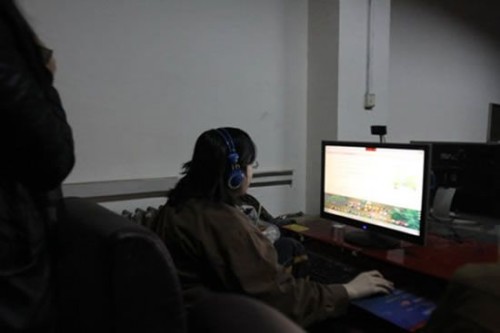 Here’s a sad story that illustrates the horror that gaming addiction can inflict on a human’s soul. 6 years ago, Li Meng, a resident of Changchung, China, graduated from college. Around this same period of time, Meng stepped into a local, dingy internet cafe, perhaps with no knowledge of the fact that this would be the spot that he would spend the next 6 years of his life.

Instead of using his degree to join the bustling Chinese workforce, Meng became completely immersed in the gaming culture that swallows so many Chinese youths whole. He became so completely consumed, in fact, that he has spent the last six years of his life at the same internet cafe, only leaving to buy food or take his rare shower.

”He generally comes at night to play the game, gets sleepy during the day and sleeps here. From time to time he will be out to take a bath,” one of them told the Beijing Times. Because he hardly ever speaks, no one knows if even has a family.

Meng supports his gaming habit by creating custom items for in-game characters and by selling virtual gold, earning as much as RMB2,000 per month, RMB500 of which is spent on his time at the cafe. He spends every major holiday in the same corner, completely consumed in his virtual world, barely acknowledging the existence of any other human being.

It’s one of the saddest stories ever told. A man who has lost his grasp on reality, in exchange for a firm death grip on the digital lifestyle. Some people might call Meng a folk hero, but there is a fine line between living the gaming life and living to game.