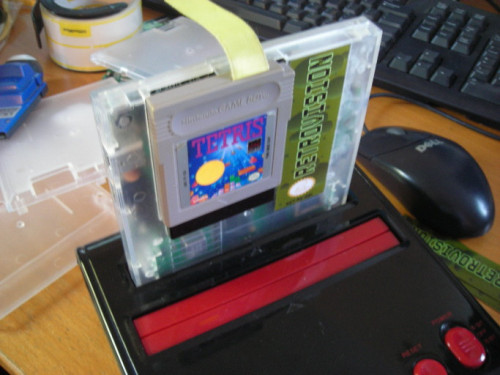 Do you remember the Super Game Boy? Basically it was an official modded cartridge from Nintendo that allowed you to play your Game Boy games on the big screen of your TV, right through your SNES system. Nintendo Age forum user and creator of this awesome mod bunnyboy describes his gadget as “basically the Super Game Boy, without the Super part.”

The gutted parts of the original Game Boy console were hacked and slashed until they comfortably fit into an NES cartridge. A custom board translates the Game Boy graphics into NES format and the NES controller into Game Boy format, allowing us gamers to play around with our Game Boy games right from our original NES. 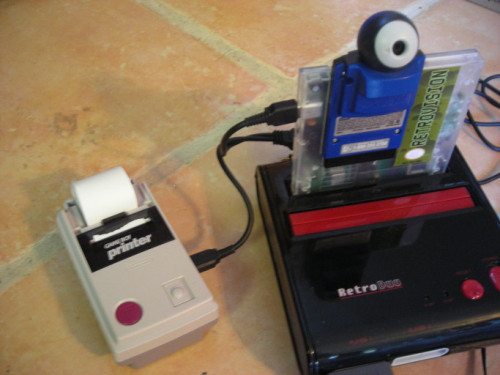