How to Build a Following on Twitch

For many people, the growing popularity of Twitch has allowed for the possibility of dreams coming true. Finally, gaming can become a lucrative career for the everyday player. With Twitch, the millions of people around the world for whom gaming is a passion can more easily find fame, and maybe even a little fortune, on one of the most popular websites in the world. Well – if you do things correctly, that is.

Whilst the mega streaming service has no doubt helped increase your likelihood of becoming an online sensation, many people sign up to Twitch under the delusion that livestreaming a few games is enough to get noticed. They’ll soon find, however, that a great deal of technique and skill goes into building a substantial audience on Twitch. If you’re serious about propelling into Twitch stardom, you need to consider these five basic points apply to your channel. 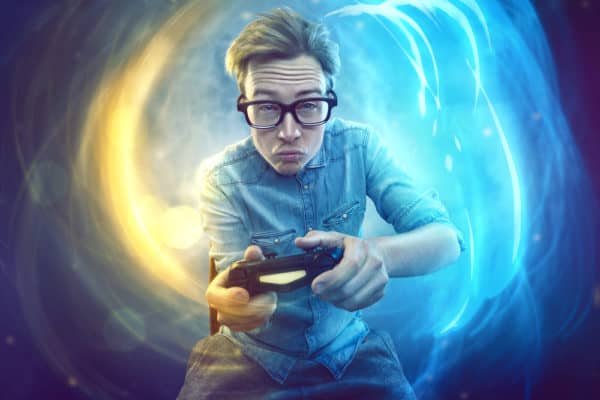 Get the Necessary Gear

The most basic start to growing a popular stream channel is to ensure you have all the right equipment for quality streaming. Whilst a webcam isn’t necessary, statistics show that you are more likely to gain viewers if you have a webcam. As for the background setting visible in your webcam – make sure it isn’t too distracting. You don’t want viewers spending more time making remarks on your messy backdrop than on the game itself. Talking to your audience is also important, as you should be commenting on strategy and development throughout the stream. For this reason you’ll need a high quality mic too. If you’re doing this for the long run, it’s worth investing in an ergonomic chair which, besides being more comfortable, will lessen the risk of developing back problems later in life.

Why should viewers tune into your channel? Whether you employ a particular technique in a game, have a unique style of commentary, or simply play an interesting selection of games – make sure that you offer your viewers something which makes your channel less forgettable. Above all, let your personality come through. Newbie streamers are typically a little nervous when it comes to discussing their playthrough with an audience, but confidence will grow over time. If you’re not sure what makes a good channel, watch some of the top streamers for inspiration. Giveaways might also be a good idea for those looking to attract some extra viewers in the initial stage. Some people will pop up just for giveaways, with no intention of becoming a follower, but if your channel is good then there is still a real chance that some of them will stay for your actual stream.

Be Versatile, But Authentic

Nobody wants to watch you play the same game, in the same way, at the same time each day.

If you want viewers to continue tuning in, don’t forget to mix it up and introduce new themes every so often. This helps keep things fresh and interesting, attracting a broader audience and demonstrating that you’re a versatile gamer. You don’t necessarily have to switch from game to game – even playing your prefered game in a different mode or style could suffice in refreshing your channel. Jason Somerville, the most popular poker streamer on Twitch, regularly switches the variant of poker played, and the type of site on which he plays.

If you’re treating your Twitch channel like a potential business, you need to market it. Engage with your viewers and prospective viewers by answering any questions that come your way, and by promoting your channel on Facebook, Twitter and gaming forums. Network with other streamers for potential collaborations and the opportunity to gain some extra exposure. Optimize your profile and turn your channel into a brand, which means promoting any images or phrases that one could associate with your channel. Promotion is a crucial step if you are to grow your Twitch channel, but don’t be too aggressive. Anything which could give you a bad reputation is best avoided, so stay far away from artificial means of boosting your channel views such as by using viewerbots. Felix Kjellberg, one of the world’s most successful game streamers, is famed for his own logo, catchphrases and background music. Whilst it might take a while before you can start selling merchandise – developing your own logo will make you look serious and help you stand out amongst other streamers.

Serious Twitch streamers are recommended to host a stream at least three times a week. Create a schedule based around your availability as well as the time zones of your viewers. Next, be consistent in keeping this schedule. Should you ever have to change your schedule – advertise the new times on Twitter and Facebook. If you can’t stream at all these times – get someone else to guest stream in your channel. This also helps build connections and mix things up for your viewers.

Professional Twitch streamers earn money from promoting games, establishing partnerships and receiving donations from their fans. Becoming good enough to earn money through any of these means is no easy task and, at the end of the day, it’s not for everyone. If you think the high level of maintenance required to run a successful Twitch channel might take away from the fun of playing video games, then professional streaming is not for you.