It could be difficult for you to decide what is best for your kid, it could be even more difficult to figure out what is the best way to keep them entertained. If your kid is a fan of slither.io then this is an ideal article for you.

We have a list of games that are quite similar and at par with slither.io, so what are you waiting for? Strap on.

Slither.io was quite an interesting game for kids but we have a few alternatives that are just as good.

This is an amazing alternative and as the name suggests you can control a snowball that grows bigger as you move ahead. You are supposed to use the snowball to flick other opponents from the playfield to score points. The game lets you control one big snowball or you have the option to divide that into small snowballs and use it to hit your opponents. This is a fun game and it also lets you have your custom character, it’s easy to understand and works as an ideal alternative to slither.io.

Paper is another good game that is exactly splix.io rather than being like slither.io. In this game, you have to control blocks on a map and the idea is to conquer as much territory as you can. The game lets you capture your opponent’s territory in the same way but you have to make sure that they don’t cut off yours or else you have to start from the beginning. It’s a fairly simple game for children and even for some adults who are fans of the age of emperors, it is an easier version of that.

Worm. in can be seen as almost a clone of slither.io but better. the game lets you control a worm and eat the items around and you are also able to eat your opponent it has added features like speeding up and ejecting mass you are also able to zoom into the Map the best part about this game is that you have a chat section making the game a  little more interactive than slither.io. Is am are simple game than slither.io no wonder it has made it to our top 3.

The game also lets you customize the skin of the worm and the barrier on the edges. You might have a little problem finding people online for the web version of this game but you can always enjoy it with your friends.

If you have loved games like Fortnite or Pubg and you are always looking for games that are like the ones we mentioned above then we have just the game for you it is slightly less demanding graphically to take heed. This game is a little bit like Battle Royale but with the spin-off as a top 10 perspective and one of its features is that it has different modes that you can fall in love with.

It has three types of Battle Royale modes,  such as solo duo and squad. It also has a zombie mode of  R15 V 50 mod superpower mode and also crystal clash mode. If that’s not enough then the game also gives you the option to have a custom character with over 1,000 unique customization options.

Mitos.is arguably one of the better versions of Agar.io. The mobile gameplay is much better and it also has different game modes, lets players play as a cell and the idea is to grow in size and to eat other opponents. Other features of this came to include the ability to eject mass and the ability to speed up also allows you the feature to split in half and then create duplicate cells. It has various upgrades ranging from portions to armors that further improve the experience of playing this game.

You would be able to figure out that splix.io is an odd one out in this list. The design of this game is quite minimalistic yet it’s fast-paced. However, the objective of this game is similar to snakes. The game begins with a colored block and you have to capture more area by moving around in the free space. The snake-like lime goes out of the block to capture the free space, however, the catch is that if the opponent crashes in your block while you are out you will use it. It sounds like a lot here but it is quite a hard game and a great alternative to slither.io.

This is one of the most popular games that are on this list. Last year alone it had more than a hundred thousand downloads. To play this game the player uses a small dot or ball instead of a snake. The idea is to Encroach other small dots so that the existing small dot that the player is growing in size. The bigger a player grows the slower the ball becomes but it achieves the feature of being able to split in small masses. there are a million strategies that can be used to play this game better. he makes for a very interesting and entertaining game and a great alternative to slither.io

This game is inspired by slither.io. also has a snake that you can control and you are supposed to collect or how to get bigger while also trying to take down your opponent. What is different is that it offers you 325 Various skins and unique game modes. It is all free of cost and time free for all teams.

Another great alternative to slither.io. The game allows you to control a Block that has a bow and arrow that tries to shoot down the opponents. The map on the arrow.io Has walls that you can use to hide behind to protect yourself from the arrows of your opponent.  When you move up The levels you are allowed access to various skills. The skills are there to take down your opponent More efficiently. It’s a fairly simple game to understand and it has a single-player and multiplayer mode so that you can play it with your friends too.

Are you a fan of Physics-based puzzle games? then this is just the game for you. when you play Hole.io the idea of the game is that there is a black hole that is trying to eat the whole world. It is a little bit different from slither.io as it tries to eat everything that comes in its way. It’s a time-consuming game that will not let you miss slither.io for a second.

This is a 3D version of the original Tankio. The game is essentially a tank battle Arena which reminds you of Diep.io In this game you control a tank on a 3D map and the idea is to keep growing up objects in the map and keep killing your opponent’s. Once that’s done and you move up The levels you can upgrade your tank with various weapons and other customizations. The game has 16 different types of tanks that you can choose from. You can also play offline against the bots and you can also play with your friends. It is a very good alternative to slither.io.

This is another game that is inspired by slither.io. It is a single-player game in which the player has to play the game as a cell that needs to consume other  Motes. by propelling the substance movement is done, But the expulsion reduces the size of your cell. you have to balance speed and size to consume as much as possible full stop the game is in HD and is a delight to play.

If you are not into games like the slither or snake but are enamored by the kind of design it offers you can check out Diep.io. You can play as a tank on a map and you can shoot the floating objects whilst trying to protect yourself from other tanks. It has different game modes, a free for all mode as well as a survival mode, it also offers domination mode, maze mode, tag mode, and sandbox mode. Every time you shoot the tanks or other objects you unlock the feature that upgrades you to a better tank with nicer features.

Another great alternative to Slither.io, you can play as a snake and you are told to become as long as you can by eating things in your way. Although if you touch another opponent you have to start all over again. It is a rank-based game so the competition is spiced up.

Last but not least this one lets you play as a blob and the idea is that you have to collect dots available on the map to grow its size. You can only consume smaller blobs since the bigger ones will consume you. You have the option of 500 different skins and different game modes. It is a great game that works as a great alternative to Slither.io.

You have all the games you need to replace slither.io forever, one can miss the game as a parent and a fellow player. I love it too but other games are just as amazing.

Is Slither.io safe to play?

It is safe to play even though a lot of the sources seem to believe it’s addictive, with proper screen time rules it should not pose a problem to a child’s safety.

Yes, it is a kid-friendly game. So are all the games available on our list.

What is the age limit for slither io?

It is appropriate for 4+ ages. 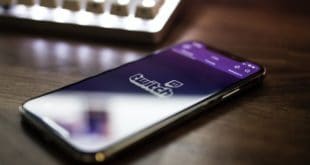 What are Some Lesser-Known Genres on Twitch?