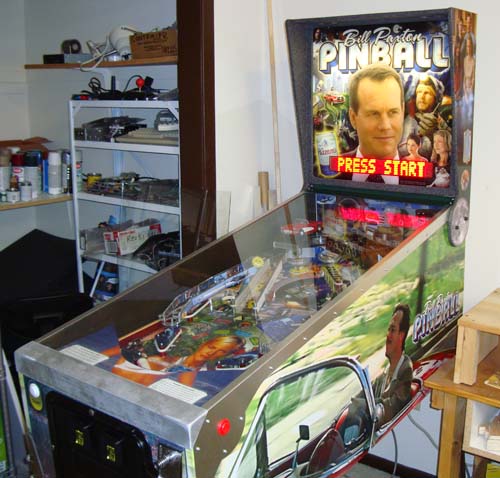 After nearly four years of solid effort, nearly all of which is documented on his site, Ben Heck has finished his Bill Paxton Pinball machine. Based on the “endlessly quotable films of Bill Paxton,” the pinball machine was manufactured completely and utterly from scratch by the Heck-man himself, aside from a few stock items, such as the flippers.

It is controlled by a single Parallax Propeller CPU which runs PCM audio music & voice clips as well as handling game logic, I/O and driving the custom LED display. I did the mechanical design, layout, construction & programming all myself, except for the sound player libraries that I got off the Parallax Object exchange website.

An ode to Bill Paxton’s life and career was long overdue. With such classics as Twister under his belt, it’s only a matter of time before Paxton is included on a U.S. Postage Stamp, the ultimate in immortalization.