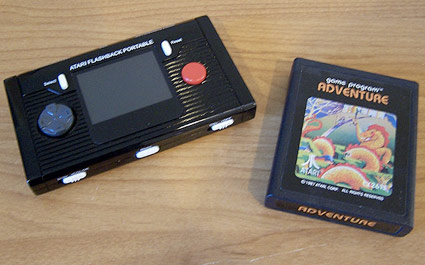 While Atari might have been even a little before our time in gaming glory, we appreciate it as much as other geeks. The prototype for the Atari Flashback Portable, which is now a confirmed product rather than a conceptual piece, looks like one really functional handheld console.

The handheld itself looks not much bigger than the game cartridges themselves, and will no doubt house a plethora of built-in games with no cartridge in sight. Plus, all of the cartridges will be able to be played on the device. The prototype is looking good. — Andrew Dobrow