Astronomers Discover a Diamond as Big as a Planet 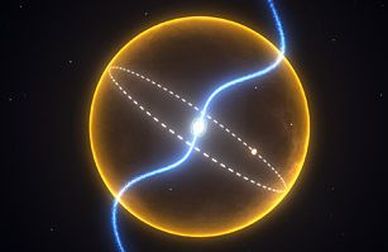 Want to check out a space object that’s probably worth more than all of the assets on our planet combined?

Twenty quadrillion miles away, scientists have discovered a diamond orbiting a star that’s only fifteen miles across, but more massive than our sun. This star is spinning over 100 times per second, and the gigantic diamond orbiting around it is around the size of the planet Jupiter. The diamond-planet used to be a star, before it morphed into super-compressed carbon.

Fast-spinning stars like this one are called pulsars, which is the leftover matter from when a massive star collapses on itself. The intense magnetic field generated by this pulsar flashes more than 10,000 times per minute.