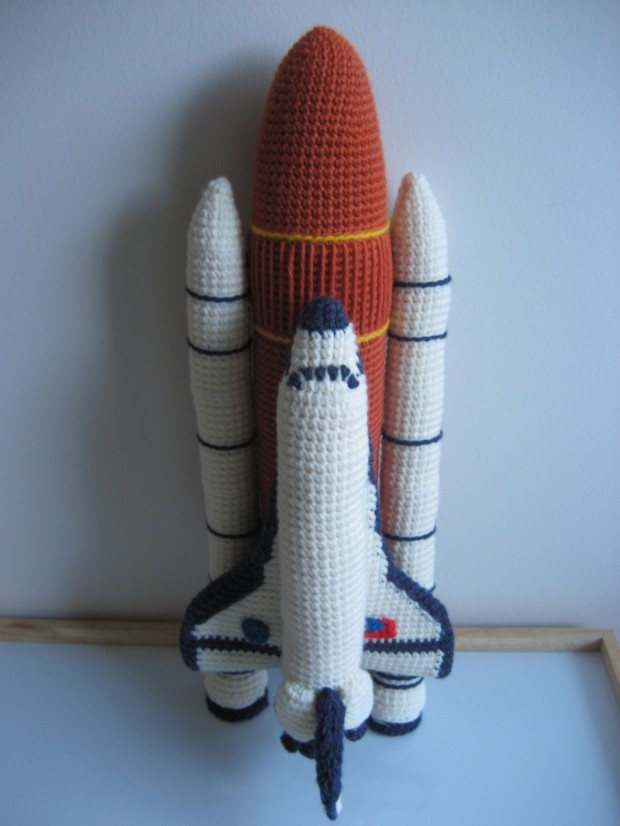 The Space Shuttle Program, which employs five thousand people and comprises more than a quarter of NASA infrastructure, is set to end in early 2011. How to commemorate the program that has defined manned spaceflight for more than thirty years? How about with an astronaut-helmet tea cozy! NASA has teamed up with etsy to sponsor a “Space Craft Contest:”

You could win a trip to an upcoming launch as NASA’s VIP guest, Etsy shopping sprees, and cool merchandise from NASA and Etsy. Your artwork might even be flown on the Space Shuttle!

I wonder if this is NASA trying to crowdsource a crafty fix to the 20-inch crack in Discovery’s external fuel tank that caused cancellation of the shuttle launch last week.