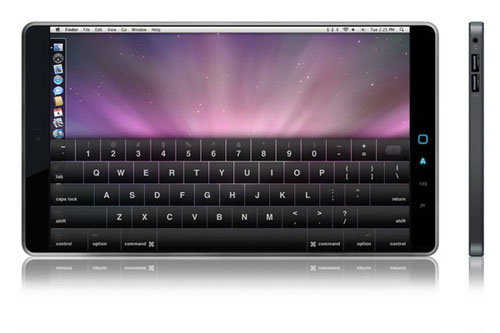 Found on Gizmodo, this above image is apparently a leaked picture of a new Mac netbook of some sort. Right now, this whole situation is kind of sketchy but it appears to be a legit photo from Apple that was spotted in the logs of a “unnamed search engine company.”

What do you think? Real or fake? I tend to learn towards the latter.