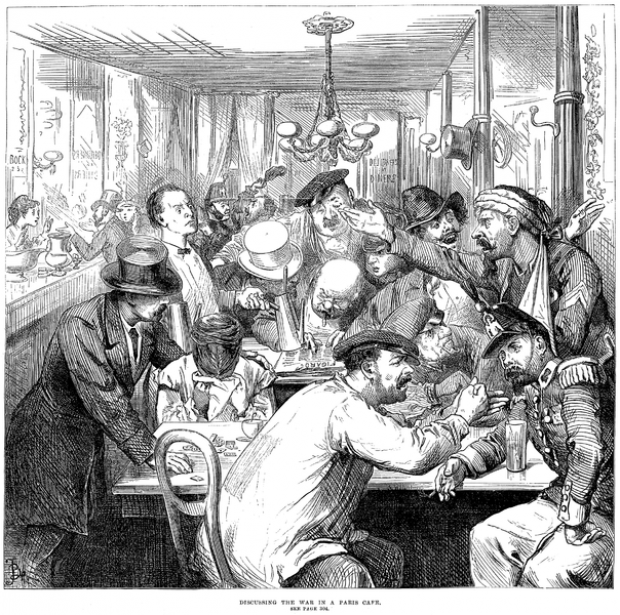 Coffee “makes the politician wise/and see through all things with half-shut eyes,” quipped the caffeinated poet Alexander Pope. It was so important in the 1600s, Bach even wrote a cantata about it. In early modern Europe, coffeehouses were more than just a place to grab a latte; they were the seedbeds of the public sphere, spawning newspapers, learned societies, and major corporations. While latter-day creatives famously spend a lot of time in cafes, too, we aren’t very convivial; eyes glued to iPads, earbudded into last.fm, our sociability is in the cloud, not the coffeehouse.

But there could be an app for that. At Edible Geography, Nicola Twilley discusses a design concept for a location-based social-networking tool that I would love to see developed. Tentatively entitled “coffeehouse commons,” it would allow caffeinated bloggers, writers, artists, and designers to share their coffeehouse-generated work in real-time. One could browse the service to see what’s happening in participating cafes, then drill down to look at—and, in good old fashioned coffeehouse fashion, discuss—stuff being made in the coffeeshop you’re sitting in.

For now the app is only a proposal, prototyped by illustrator Nikki Hiatt in the New City Reader. If you have the development chops to make it real, get in touch with Nicola Twilley.

Yes, I would download this in a moment. Yes, I am such a product of my class.