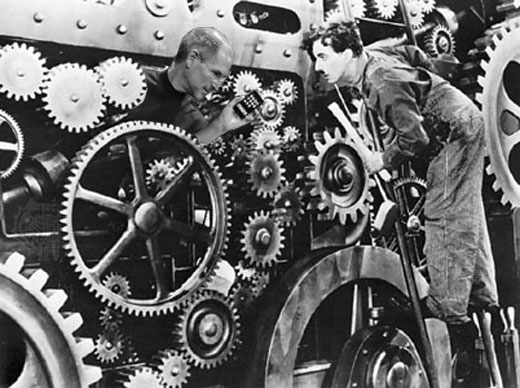 After seeing the alleged smartphone time traveler in a documentary featured on the DVD of Charlie Chaplin’s “The Circus,” I became intrigued with the concept of time travelers popping up in Chaplin films. In fact, I’ve been seeking them out.

You can imagine my surprise when I was watching the 1936 Chaplin film ‘Modern Times’ and came across this eerie image of a faux-turltenecked man holding what appears to be a smartphone of some kind. Perhaps even an iPhone. I can’t really tell. The screenshot is a little grainy. Old-time film, ya know?