And the Reviews Are In…: What Do the Geeks Think About the 11-Inch MacBook Air? 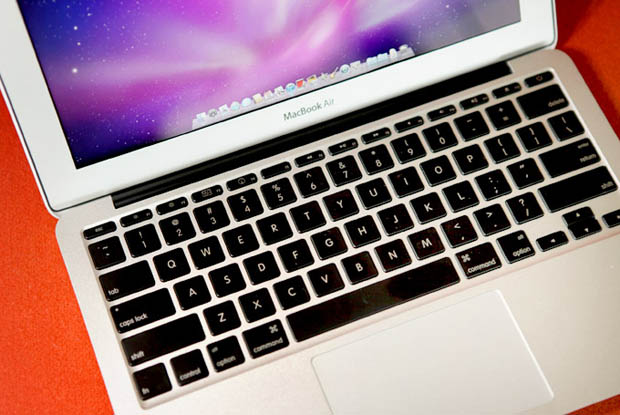 Now that the geek community has had some time to play around with the new 11-inch MacBook Air, what do they have to say about it? The general consensus seems to be that the new MBA appears to be good, but not great. Fast, but not quite powerful enough. Here are what some of the reviewers had to say after a thorough look at the newest MacBook Air:

“The first benchmarks on Apple’s new MacBook Airs have hit the web, revealing that the 13.3-inch models trail the company’s similarly-sized MacBook Pros by a small margin while the 11.6-inch models fall far shorter in processing power, and may be more appropriately categorized as a larger, faster iPad.” – AppleInsider

“…if you?re the type who doesn?t mind using Windows, we can?t justify purchasing the 11-inch Air versus a netbook. A netbook on average costs $300 to $500 and isn?t much worse than the Air when it comes down to what you?ll be using it for ? less work, more play. …And as for hardcore Mac heads, again, we prefer the 13-inch Air to the 11-incher. (And yes we?ve heard the ?that?s what she said? joke like a thousand times already.) That tiny difference in screen real estate is actually substantial, and it provides a much more comfy experience. As to whether you should get an Air or a MacBook Pro, that depends on what you plan to do. If you barely edit photos or videos, for example, you won?t need the extra beef of a Pro, so you?ll appreciate the light and skinny form factor of the Air.” – Wired

“Rest assured that despite its size, the Apple MacBook Air (11-inch) is not a netbook. It will share the spotlight with the 13-inch MacBook Air as two of the prettiest, and certainly thinnest, laptops ever made. However, the stratospheric standards that Apple places on aesthetics comes at the cost of features, speed, and battery life?all three areas where the 11-inch MacBook Air trailed rather than led. …The Apple MacBook Air (11-inch) is the lightest, smallest laptop in Apple’s inventory, but you’ll have to give up certain luxuries and pay a hefty price for it.” – PCMag.com

“As people who travel regularly but don’t want the (slightly) added bulk of most notebooks or even the 13-inch MacBook Air, we’ve been waiting for Apple to make this notebook for a long time. The only real disappointments are the lack of a newer Intel Core processor and keyboard backlighting, but the 13-inch model does exist to at least address the first issue. …Even with a Core 2 Duo, the new MacBook Air can run rings around other CULV models through the faster graphics and the instant responsiveness of the SSD. It’s not quite the future of notebooks, but it’s definitely headed in the right direction.” – Electronista

“Apple said it would never make a netbook, and it hasn’t. The 11-inch MacBook Air is a powerful ultraportable that makes other systems in its class look positively bloated. More important, this machine never keeps you waiting, thanks to the way it uses flash memory. We just wish the hinge for the display were a bit tighter to prevent unwanted movement.” – LaptopMag