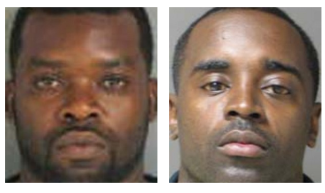 Last Christmas, over 300 Xbox 360 gaming consoles mysteriously disappeared from CEVA Logistics. Employees discovered the theft on Christmas Day, and immediately reported it to authorities. Police had no leads — until the stolen consoles began popping up on the Xbox Live network as they were registered online. Using this data, security officials were able to hunt down the seller of the consoles, and their research led them to an interesting character: Mario Ward.

Mario Ward definitely has a colorful criminal background. In the chilly winter months of 2005, Ward was involved in the theft of 9 off-road vehicles (he was caught riding one of the stolen four-wheelers). In 2006, Ward stole 113 cases of whiskey from a Memphis train (who seriously robs trains anymore?). Ward has also been involved in the near-death shooting of a man while playing a game of dice. And on June 11th of 2011, Ward was arrested again — after stealing around $2k worth of goods from a logistics company near his home.

The theft of the 300 Xbox 360 consoles involved Ward and his apprentice, William Flowers. Last Saturday, Ward finally fessed up to committing the crime. Hopefully officials will think twice about letting him near any trains, whiskey or gaming consoles in the future.