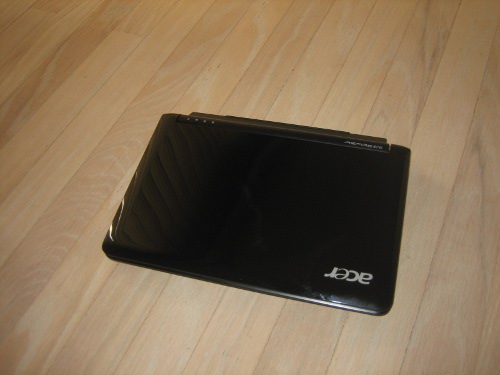 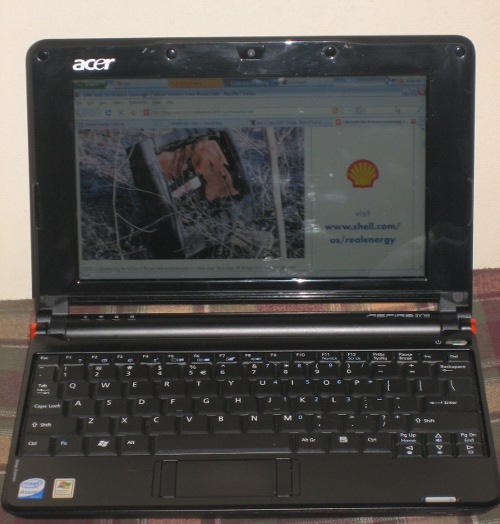 Let’s begin with the specs: 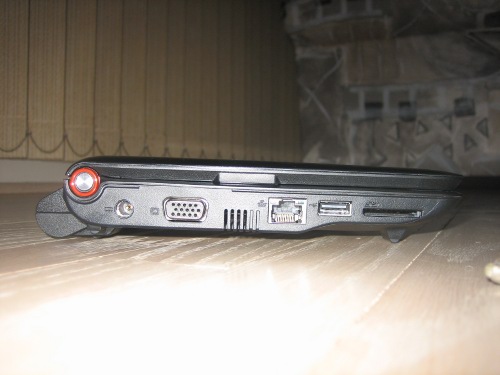 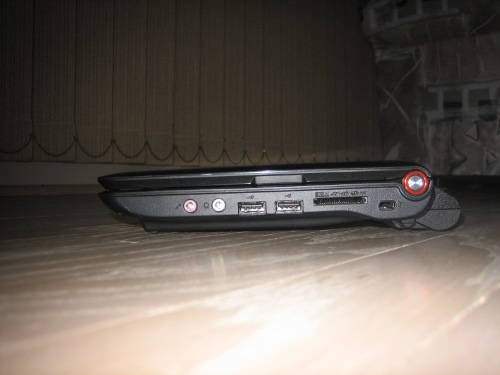 The design of the Aspire One is nice, sleek and comfortable to carry. Even with the 6-cell battery, the netbook is not as obtuse or overweight as everyone has been saying. If anything, it’s like carrying a textbook and I wouldn’t have it any other way. The glossy plastic found on the top of the LCD is a fingerprint magnet, but will only bother you if you’re OCD about everything, like myself. Regardless, it’s easy to wipe down with a soft cloth to remove any Doritos residue you left after touching it.

It comes as no surprise that the speakers on this netbook are absolute garbage. So bad even, it would be safe to say that this computer would be better off without speakers. Better yet, include some integrated headphones. That would be an original laptop feature the likes of which I’ve yet to see. The speakers just aren’t loud. They buzz even on the lower settings. Headphones are essential if you’re listening to any form of audio on this netbook, which you will be. You cannot depend on these speakers.

Perhaps my favorite aspect of the Aspire One is the keyboard. I’ve never felt more comfortable typing on any laptop. I mean that. I used to dread using a laptop keyboard for typing and given that this one is considerably smaller than your average laptop, I’m impressed with the size of the keyboard and the feel of the keys. It’s cake to type fast with and viewing websites is also an ease with the dedicate page up and page down keys located by the arrow keys. Unfortunately, at the cost of retaining keyboard size, Acer has gimped the mouse buttons and removed less useful buttons like the home and end keys. Instead of the traditional left and right mouse buttons placed below the touchpad, Acer fit the buttons on the left and right side of it. It takes some getting used to and some actions may become a two handed feat if you aren’t looking to double tap the touchpad. Still, I think the sacrifice was well worth it for the keyboard’s sake.

The performance of the Aspire One is what I expected from it: a computer ideal for surfing the web. You won’t be doing much video editing on this thing, or playing World Of Warcraft. Then again, there are groups of geeks on the Internet who have been tweaking their Acer’s to run some pretty impressive software. For myself, Flashback will suffice: 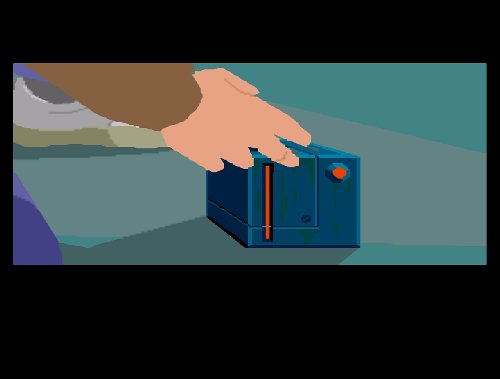 If you think all batteries are the same, consider this: the battery life is phenomenal on this thing. I always have the screen on the lowest setting, which is bright enough for me. With that, my first battery test lasted up to 6 hours long. Keep in mind, that was me opening some apps and letting it sit there with its power saving functions turned off. When I first got the netbook, the wireless card was quite sluggish. I later found out that you must go in to the device manager and turn off the wireless card’s power saving feature. This dropped the battery life down to 4.5-5 hours. The Internet is now quick, which is worth the sacrifice to longevity.

If you’re looking for a cheaper netbook than the rest, the Acer Aspire One is the most ideal choice and certainly the most bang for you buck. I got this 6-cell netbook for $400 and I’m digging it. I’m more than satisfied with the outcome. As far as upgrading is concerned, I hear the Aspire One is quite a pain to take apart. If it came down to it, I’d upgrade the RAM to 1.5 later. The hard drive is more than enough space and, If I ever run out of a room, the SDHC expansion slot is a nice scape goat. For the price this netbook sells for, it is a sure fire competitor to some of the more expensive ones out there, like the Dell Inspiron Mini 12. Anyways, I’ve got some Flashback to play.