8 Years Is The Lifespan Of NASA’s Deep Impact Mission

After 8 years NASA’s Deep Impact comet-hunting mission has been terminated. The mission to hunt comets was concluded when NASA determined that the probe had reached the end of its lifeline. 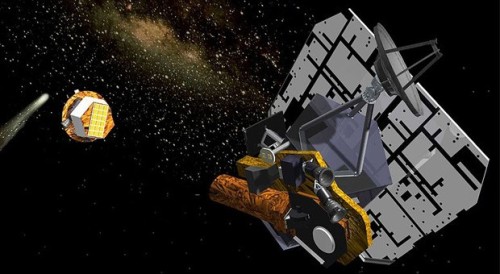 The Deep Impact probe was launched in January of 2005 and certainly wasn’t expected to continue retrieving data through to 2013. On August 8th of this year however, the probe reached the end of the road when NASA lost all communication with it. NASA isn’t quite sure what went wrong with the probe but they suspect that they lost orientation control which resulted in the probe losing power and freezing.

Despite its abrupt end, the Deep Impact probe managed to live out a considerable lifespan during which it successfully intercepted the comet Tempel 1 in 2005 and continued on to study three other comets as well! There is something sad about the end of this long lived project, however, fear not because NASA is still focused on a multitude of other research projects.