The game industry constantly cranked out arcade games during the golden age of gaming. Many followed the cookie-cutter ensemble which lead to nothing more than reproductions of past units. These following eight titles, however, tried to break the mold of traditional game play mechanics and controls. Hit the jump to check ’em out. 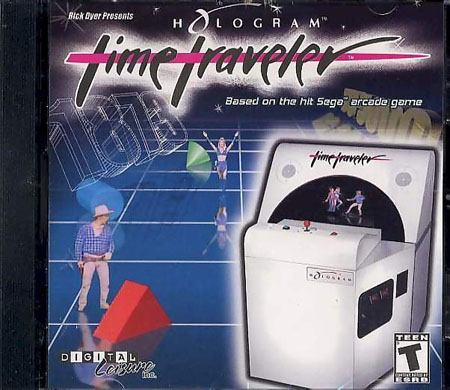 We all remember the wanna-be holographic optical illusion arcade game known as Time Traveler. Using full motion video and refraction techniques with a parabolic mirror, Sega was able to create an artificial “Three-Dimensional” image projection. As Marshal Gram, a cowboy from the Wild West, the player must travel into the future to save a princess from a mad scientist named Vulcor. Game play is similar to the popular Dragon’s Lair arcade game; the player uses the joystick to direct the protagonist towards the correct paths, trying to avoid danger during each time era he ventures to.

So, because the game was on Laserdisc, this drew many limitations for the game play which eventually leads the player to nothing more than a timed set of actions involving either a single press of a button, moving the joystick in a specific direction or perhaps even both. The fighting game Holosseum used the same Sega cabinet as Time Traveler and they both stole my money constantly. Bastards. 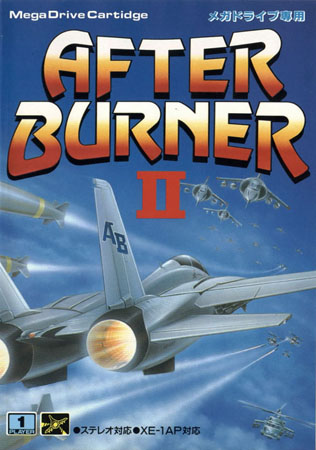 Surprisingly, the sequel, After Burner II came out the same year as its predecessor After Burner. Though it used your standard joystick, which wasn’t nearly as neat as Space Harrier‘s, the two games did have a few things in common. This game along with Space Harrier were two of the earlier games in the arcade era with a console in which the player sits and the cabinet moves according to the joystick movement. The cabinets did come in other varieties but these sit down units were remarkable for the fact that even in a loud, bright and crowded arcade, you still could become part of the game. Immersive action and being free of distraction brings an unparalleled experience to the player that many games can’t match. The addition of a throttle lever leaves After Burner II as a standard for flight simulators to come. 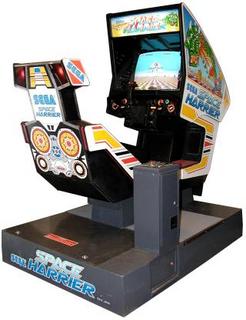 If you’ve ever played Space Harrier (Shenmue or IRL), the first thing you’d notice was the controller. Similar to the kind you might find in the cock pit of an airplane, this game’s joystick was dual analog and pivoted in nearly every direction. Inverted controls brought an immersion most games wished they had and while you might have been some queer-looking kid in a red jacket floating real fast on a straight plane, the controls made you actually feel like you were flying. This is the game that would’ve made the Kessel run in less than twelve parsecs! Fast-paced on the edge of your seat action in “the Fantasy Zone” jam packed with a hell of a lot of three-dimensional scaling leaves Space Harrier as another non-conventional arcade game that proves that aviation-like joysticks don’t only have to be used in jet piloting games. 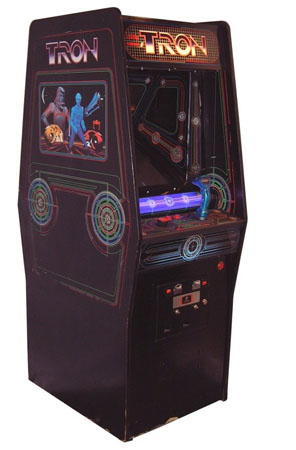 Four games based on events from Disney’s science fiction flick Tron. Battle tanks, the MCP clone, I/O tower and light cycles. Holy shit! Light cycles! You’ve got to beat all four mini-games to advance to the next level; similar to American Gladiators for the NES. Except this game was hot, it outsold the movie. Did I mention this game has light cycles? They could’ve stripped this game of the three other mini-games and had just called it, “Light Cycles”. Because as we all know, the light cycles were the coolest thing to come out of Tron. 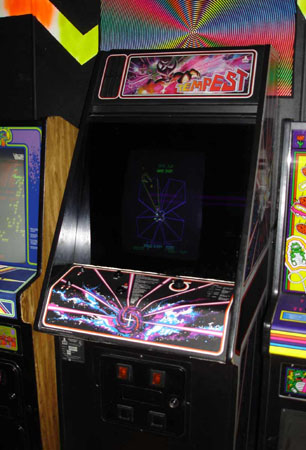 Using an optical rotary controller along with two buttons, the player must survive while eliminating all the enemies in the playing field. Sounds simple enough but this game also happened to be the first one with a selectable difficulty. As secondary fire, a special attack the clears the screen of enemies. Tempest‘s graphics have aged well too, being Atari’s first game that ever used a color vector display. The wire frame looks so good, you’d think you were fighting the AIDS virus in digital form. There was no clear identifiable storyline, so you have to assume something, anything. This game is arcade at its finest and lives on in Tempest 2000, probably the best console-based interpretation of the game.

So what if Neo-Geo Arcade Cabinets had nothing more than a standard game pad? It’s all you needed considering it could use multiple game cartridges on the hardware known as the “Multi Video System” or MVS. It was capable of up to six cartridges being loaded into one machine. Oh my, that’s six years of The King of Fighters all on one machine. Sadly, it never turned out that way because as logic would suggest, the Neo-Geo arcade games would never string together only fighting games on one coin-operated unit. So they would mix a selection of genres on one cabinet to appeal to a broader audience, combining such great titles like World Heroes 2 and Garou: Mark of the Wolves with puzzlers like Bust-A-Move and Magical Drop included for good measure. Terry Bogard look-a-likes would always be huddled over these machines, shoving an endless amount of quarters into it because after all, no kid could afford one of these in their home. 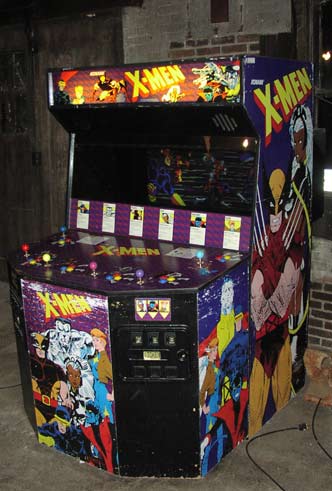 Nothing too special about the control mechanism used by the the X-men arcade game, but holy shit, a six-player co-op? A multiple screen set up!? Get the fuck out of here! That leaves some poor son of a bitch stuck using Dazzler on one of the coolest side-scrolling beat ’em up games in existence next to TMNT: The Arcade Game. Look how crowded this machine is; elbows would be knocking frantically to see who’ll get the killing blow on Pyro. No worries though, as all you needed was one player using Nightcrawler to teleport around every sentinel on screen leading them to an inevitable exploding sprite animation. Colossus tore every enemy in that game a new asshole as well, with his “Argghhh!” area explosion ability he never had in the comics. Nothing moves “The Blob”. 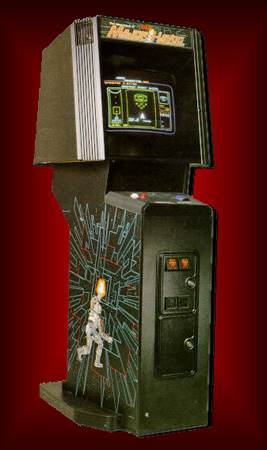 Using an optical rolling wheel for left and right movement as well as two buttons, one for jumping and one for shield was all this game ever needed. Well on its way as a candidate for one of the greatest potential science fiction movies in existence. Well, at least more potential than other games of its time that needed a lame movie spin-off. If The Omega Virus board game had a coin-operated arcade machine, Major Havoc would be pretty darn close. The story is simple: you’re Major Havoc (c’mon, that’s badass) searching out enemy space stations, defeating their space defenses (randomly generated mazes or enemies ala Space Invaders). You dock with the mothership and then destroy each robot infested craft by setting off a reactor. Get in. Get Out. No dicking around. You dick around in this game and you’re axed like a Rosie O’Donnel cooking show pilot.