At the risk of aging myself here, I remember when Jurassic Park first came out in movie theaters. I also remember spilling a bucket of popcorn everywhere when the raptors stalked Lex and Tim in the industrial kitchen.

As entertaining as Jurassic Park was though, there are a number of “fictional elaborations” made in the movie that make dinosaur experts cringe. 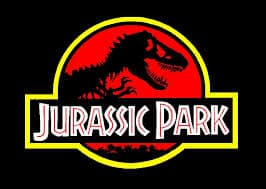 1. The Velociraptor that was so intimidating in Jurassic Park, actually only stood about as tall as a modern day turkey.

2. DNA degrades meaning that it has an expiration date…meaning that, yes, the concept of Jurassic Park just isn’t feasible with today’s technology.

3. DNA can not be substituted from one species to another to create a complete DNA chain…at least not yet.

4. There is no evidence to say that Dilophosaurus (or any dinosaur for that matter) spat poison.

5. T-Rex would have had absolutely no problem locating stationary prey, the olfactory lobe of T-Rex’s brain was so large that there is no way scent would have eluded him even if sight did.

6. Large sauropods (veggie-saurs) would not have had the ability to feed from tree-tops as they are depicted as doing in the movie. These large creatures had limited elevation of their neck and would have fed on low growing vegetation using sweeping movements.

6. Pteranodon did not have teeth.