6 Video Game Series That Are Better Off Dead 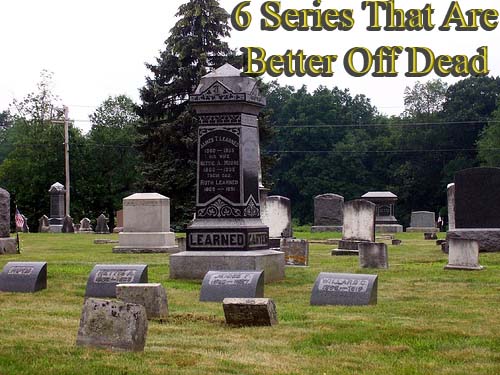 Today, we point out the obvious: a series that tries so desperately to make money that it ruins the artistic vision of the game. These are the franchises that I admire for their enjoyable originals and also loathe for what they’ve become. Let’s face it, The Godfather: Part III sucked. That’s where these games are going. 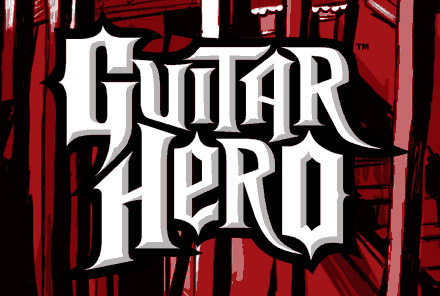 I’ve had enough of this fooling around with plastic controllers mimicking guitars. Learn to play a real instrument already. Maybe earning 100% on Dragonforce could come in handy when playing an actual guitar. With each installment of Guitar Hero, it just gets more lame and redundant. Everyone’s enjoying Rock Band now and I wouldn’t pass the blame on Guitar Hero: On Tour. The Battle Mode isn’t even balanced when one player is on expert and the other is on easy. Oh, and Rock The ’80s and Aerosmith were both shy of content. Unfortunately, this series will go on forever.

Why do you people love this series so much? Is it because of the lousy interface and inventory system? Or the way the controls and damage of your melee knife are so gimped that you might as well mix up some herbs before going into combat to spare yourself from a painful death. I really enjoyed what Capcom did with Dead Rising, but this series has gotten stale. Resident Evil 5 will take you to Africa where you can re-enact scenes from the movie Hotel Rwanda. Yuck.

Aside from titles like Mega Man one through eight, the X series and Mega Man’s Soccer, Capcom has made a mockery of the series. As a Capcom fan, you’d find yourself stuck playing any number of the assload of Mega Man Battle Networks while Capcom laughs all the way to the bank. What could be any worse than a Battle Network game? A Mega Man Starforce game. Whether it’s Pegasus, Leo or Dragon, you can’t deny the fact that Capcom wants to turn the Mega Man series into Pokemon. What once was one of the most difficult series in gaming history has boiled down into nothing more than a bad RPG.

So I play Pokemon, big deal. Want to fight about it? As far as RPGs go, Pokemon isn’t a crappy series soley because it’s geared towards kids. It’s the tons of spin-offs that never build upon the earlier installments that makes Pokemon so difficult to swallow. Diamond/Pearl was great but Pokemon Ranger? What the fuck. Pokemon Snap? That was cool, it was different and enjoyable at least the first time around. Now as for Pokémon XD: Gale of Darkness, Nintendo knows it wasn’t fooling anyone with that garbage or those lousy Pokémon Colosseum games (if you could call them games). The slew of crappy Pokemon games aimed at the adolescent crowd will never end so long as ignorant seven-year-olds get mommy and daddy to buy them Pokemon Trozei only to have them trash it in favor of a future Pokemon Trozei 17. Spare us, Nintendo.

SquareEnix could never move on from its cash cow, the Final Fantasy series. It’d be nice to see more games like The World Ends With You but the fantasy just isn’t getting to the finale anytime soon. With the critical success of FF7 (which is almost a 11-year-old game), we can probably expect the series to go on for another 40 years, possibly more. The costumes will get stranger, the hair styles will get more wild and fanboys will still buy up any game related in any way shape or form to Sephiroth.

One of the better RPGs for the SNES, Harvest Moon is a franchise which built upon its simulation-like roots but suffered from a lack of vision. Instead of expanding its farm roots in all too subtle ways, the franchise spewed out shit like Innocent Life: A Futuristic Harvest Moon. Now they’re making Harvest Moon Online. Darnit, can I not be left with the peaceful memories of watering crops that I had in the original Harvest Moon? Of course not, it’s all about the money, baby.

7 Tips on How to Be a Better Gamer