5 Most Common Misconceptions About Vaping

Just a few years ago, vaping was considered to be a perfect replacement for traditional cigarettes. Instead of inhaling tobacco, smokers were happy to settle for aerosol. Previously, Aerosol was used in coolants or disinfectants. But E-cigarette manufacturers figured out a way to add propylene glycol particles to steam and sell it as a safer alternative to traditional cigarettes. Nicotine is also added to some e-liquids.

You should also know that vaping leads to a lung injury (EVALI). The CDC, FDA and other health organizations and investigated the effects of vaping in February 2020 after 2,758 were reported hospitalized or dead. However, most of the cases were caused due to the ill-usage of vaporizers. In this post, I have shared some common misconceptions about vaping.

Here Are the 5 Most Common Misconceptions About Vaping

1) Vaping is only for those who wish to quit smoking

Unlike the popular belief, there are plenty of people who vape or did it in the past just to feel the nicotine rush. Nicotine-free vaporizers are also quite fun to inhale. Some E-cigarettes manufacturers have also reported that people are more interested in nicotine-free vapes as there are literally no side effects to it–if inhaled in the appropriate amount.

2) E-cigarettes are worse than smoking

Due to the hospitalization and deaths of thousands of people in 2019, a lot of people have grown skeptical about vaping. It’s true that the lung injuries people suffered in 2019 were caused by vaping, but the real cause was ill-usage or abuse. In reality, vaping is 90-95 percent safer than smoking. All it has is some food flavors with vegetable glycerin.

3) E-cigarettes have as much nicotine as a cigarettes

This is another misconception about vaporizers or E-cigarettes. E-liquids or vape juices available in the market contain a varying quality of nicotine. You can pick whichever suits your needs. Moreover, these days some vape juices contain methanol (offers the same soothing effect as a traditional cigarette ), so no nicotine is needed. It is also observed that most people who begin vaping with an intention to replace it with smoking, gradually reduce the quantity of nicotine in vape juice.

4) E-cigarettes promote the use of psychoactive substances like nicotine

It’s true that teens and college students are more likely to get attracted to psychoactive drugs like nicotine and caffeine, but there is no evidence suggesting that E-cigarettes promote the use of psychoactive substances. In fact, they were invented to help smokers quit the life-threatening and cancer-causing habit.

Antifreeze is used in cold regions to keep the temperature of the water bodies like rivers, lakes, and dams above the freezing point. It is a chemical made from MEG (Mono ethylene glycol) or MPG (Mono propylene glycol). It’s true that vaporizers contain antifreeze, but it is made from a non-toxic substance and is generally side-effects free.

On January 2, 2020, the US government announced a countrywide ban on vaporizers and E-cigarettes. Although, there are still some products available in the market. It is crucial to know how to properly use these products so you and your loved ones stay safe and healthy. 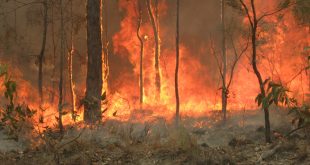