3 Ways The Internet Of Things Will Affect Your Business 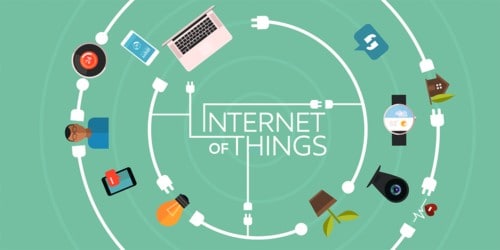 The singularity, a world of interconnected artificial intelligence, is coming, and it’s a source of much speculation. However, businesses that are ready to embrace the future are now trying to figure out how to position their business to prosper.

Forward thinking businesses want to be ready for the time when office machines, thermostats, lighting fixtures, appliances, computers, smartphones, tablets, and other gadgets or devices all work together.

Since the goal of the singularity is enhanced communication between devices, early adopters will benefit from working with B2B businesses like Fathym to get customized dashboards with data visualization, metrics, and charts that will empower them to intuitively grasp IoT data flowing in from multiple sources.

The Future is Here Now

Ironically, despite the accelerated rate of growth of the Internet of Things (IoT) in the field of technology, the general public only has a vague idea about the whole notion of a digital singularity. This is actually completely understandable. After all, it’s hard to wrap your head around the notion of a higher rate of interconnectivity between almost all computing devices. While we are aware of networking, this will be integration at a much higher magnitude.

In many ways, we are beyond the speculative phase and revolution has already started. According to the World Economic Forum:

“Today, the Internet of Things is expanding across the globe. Interestingly, the growth is most palpable in Asia, which accounts for 40% of global machine-to-machine connections, followed by Europe (28%), North America (18%), Latin America (8%), Africa (4%) and Oceania (1%).”

Still, it won’t be ubiquitous until 2020, and by then it will have changed the world as we know it, particularly the way we do business. In fact, the market is estimated to not be in the billions, but to rise to about a trillion dollars.

How Will the IoT Affect Your Business?

Here are 3 ways that the IoT can potentially impact your business:

In the past century, the purpose of the telephone was to make a phone call. Today, the purpose of a telephone is to do much more. We want telephones to also serve as a multi-purpose computing device. In a similar way, most consumer products will become smarter. A smart yoga mat will help you to improve your yoga postures by measuring your hand and foot pressure on the mat. A smart golf club will give you feedback on how to improve your swing and clip the ball in just the right way. And a smart frying pan will turn off when the food you’re cooking is about to burn. While these are just imaginary examples, the point is that a broad range of devices will do much more than they do now. Products will be “smarter.”

The reason products will work better is not just because of the possibility of more computing power from even smaller microprocessors but because of sensors. Sensors can be attached to anything to provide feedback. The information is then sent to the cloud, where you can then read tables, charts, and graphics to understand performance.

One current example is the FitBit wearable device. The device has an organic light-emitting diode (OLED) that works as a sensor. You wear this tracker on your wrist like a wristwatch to monitor how active you are in the day, how many calories you took in, how many calories you burned, and how much sleep you managed to get every night. If you use this data wisely, it will make you a fitter and healthier person.

Sensors will be attached to all sorts of things, from your coffee cup to detect daily pressure of cars on a bridge. As a business, you will be able to collect valuable data on how your product is being used and misused and be able to improve it accordingly.

Besides improving innovation, safety standards will increase as well. Currently, the sensors on a Rolls Royce aircraft engine send data on engine performance to a monitoring base on the ground. Since all this happens in real-time, any malfunctions can be easy to detect and the necessary repairs initiated.

Chances are you spend a lot of time in your business doing things that a computer can do much better and faster. In the future, there will be more computing devices and applications that will do things for you. This will free up your time to focus on what you do best—come up with ingenious ideas. While computers can process information in a sequential way and keep track of a logical sequence of steps, human beings are able to make leaps of imagination. Since you will be working on your business rather than in it, you will be able to envision new possibilities for your business and devise better ways of running it.

The Future is Promising, but Uncertain

The future of the Internet of Things is uncertain. Regardless of whether you think it’s a move toward Armageddon through increased government control or an Apotheosis of civilization, the singularity is coming. In actuality, the changes it will bring are a little too complicated to predict. Like any technology, it will be neutral. Whether it will be used for good or evil, as a mechanism for freedom or enslavement, will depend on us, the users. 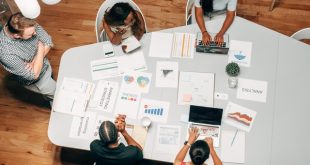 How Businesses Can Adopt a More Sustainable Approach 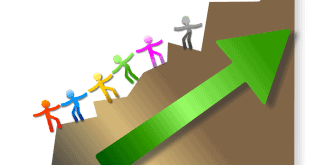 5 Leadership Styles – Which One Is Best for Your Business? 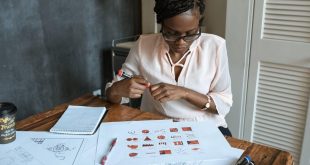 6-Qualities of the Modern-Day Entrepreneurs