20 Books Everyone Needs to Read

With the rise of e-readers, there has been a somewhat renewed interest in literature. People who would formerly never pick up a book, are now using e-readers and tablets to catch up on the latest bestsellers.

Granted, most people are using their e-readers and tablets to read magazines and the latest works of literature…but there is something to be said for the classics. 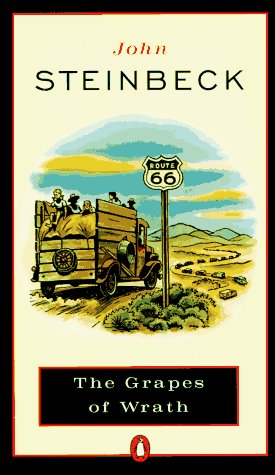 #1. The Grapes of Wrath, by John Steinbeck

#3. Tropic of Cancer, by Henry Miller

#4. For Whom the Bell Tolls, by Ernest Hemingway

#5. One Flew Over the Cuckoo’s Nest, by Ken Kesey

#6. All the King’s Men, by Robert Penn Warren

#8. The Adventures of Huckleberry Finn, by Mark Twain

#9. To Kill a Mockingbird, by Harper Lee

#15. A Tale of Two Cities, by Charles Dickens

#17. All Quiet on the Western Front, by Erich Maria Remarque

#18. Lord of the Flies, by William Golding

#20. The Old Man and the Sea, by Ernest Hemingway

Prefer to watch movies rather than read? Take a look at our earlier post:  25 Movies You Need to See Before You Die