Best Laptops and Tablet PCs for 2013

With the new year comes the promise of new and exciting computing gadgets. In the world of consumer technology, that means checking out which devices will be making a splash in 2013. Here is a quick look at some of the top laptops and tablet PCs that will almost certainly be setting the sales charts alight this year. 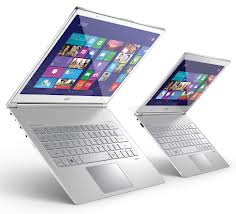 If you want to buy a full laptop in the new year then the growing number of Ultrabooks on the market should present you with a decent selection.

Ultrabooks have to fit in with some strict guidelines pertaining to their size and power, so they present a good standard of quality no matter which manufacturer you choose.

If you have been a fan of the MacBook Air but want something based on Windows, look for an Ultrabook this year. And if you’re stuck for ideas, remember Argos provide tablet PCs and other gadget goodies. You can click here for laptop deals and to see what items are on offer. 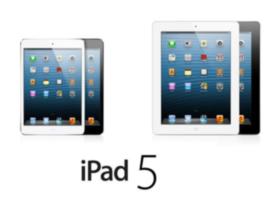 Apple surprised many of its customers by launching the iPad 4 just a few months after the third-generation device in this range landed. Now those who love all things Apple will be looking forward to the next device in the series.

The iPad 5 will arrive in the wake of stiff competition from Google’s Nexus range, with the Nexus 10 challenging its 10-inch rivals with an even higher resolution. Hopefully the new iPad will feature the same retina display and ideally a quad-core processor to help give its rivals a run for their money.

The latest version of iOS might also bring with it a refreshed interface, although you can be confident that the next iPad will stick with the same 9.7-inch screen size as its predecessors.

The Surface tablet has had a bit of a slow start in terms of sales, but the arrival of the Surface Pro in 2013 could help revive Microsoft’s fortunes.

This will run an uninhibited version of Windows 8, rather than the scaled-down Windows RT, which is currently found on the ARM-based Surface.

It will also sport Intel processors and the excellent screen guard, which doubles up as a full QWERTY keyboard. This should make the Surface Pro a great choice for those who want the best of tablet PC and laptop functionality.

So whether you’re after a basic laptop or looking for a more sophisticated tablet device, there’s plenty on offer in 2013.