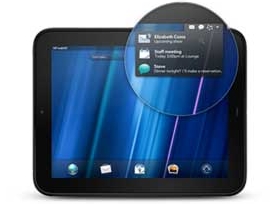 When HP first announced their firesale that would price a 16GB HP Touchpad at $99 (and the 32GB model at $150), the internet went ballistic. Touchpads were immediately sold out in electronics retailers all over the world.

However, many people didn’t get their hands on a Touchpad, and turned to the internet to voice their complaints. After HP announced that they were “officially” out of stock, and wouldn’t be making any more Touchpads, angry gadget nerds began rioting on forum boards.

Well, if you weren’t lucky enough to get a 32GB HP Touchpad for $150, you might be interested to know that you can still get one… with a catch. You have to be a WebOS developer.

HP is giving WebOS developers the chance to get a Touchpad, presumably so that WebOS will live on, even though the Touchpad is now discontinued.