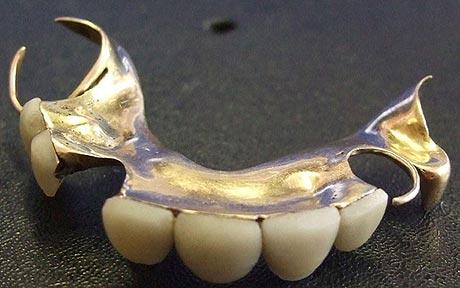 Churchill’s voice was so important to his image, when he was forced to get dentures, he had them specially designed to preserve his trademark lisp. According to the son of Churchill’s personal denture designer and maintenance man Derek Cudlipp, Churchy was also known for throwing his teeth around when things weren’t going quite his way.

“When my father’s call up papers came, Churchill personally tore them up,” he said. “Churchill said that he would be more important to the war effort if he stayed in London to repair his dentures.”

“Churchill used to flick out his dentures when he was angry and throw them across the room… My father used to say he could tell how the war was going by how far they flew.”

The mystical lisp-inducing dentures sold at auction for around $23,700.