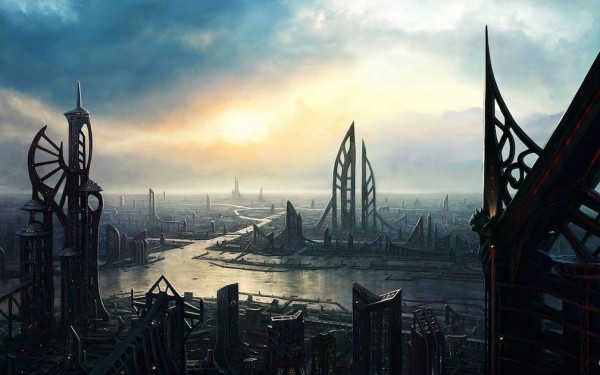 A revered figure in the Sci-Fi realm, Ridley Scott famously pronounced the death of science-fiction films in 2007. After a spectacular couple of years, perhaps it’s safe to say however a new era of Sci-Fi is set to dawn upon the film industry landscape. Already millions of people are dusting their Chewbacca costumes for the next Star Wars trilogy, with J.J. Abrams at the helm. The second episode of Avatar by the inimitable James Cameron is on the horizon. It’s an exciting time to re-imagine our futures, one film at a time.

This is hardly surprising. The pace at which technology and science are advancing around us is dizzying and astounding. Virtual Reality is transforming into real reality. Space exploration is being aggressively pursued. We now know what Pluto looks like. Despite sobering world events around us, there is an air of excitement and optimism. And this is reflected in the direction Hollywood and other film industries are taking.

It’s no secret: art informs life. Contemporary philosophers like Slavoj Zizac have been emphasizing the role of cinema for that reason. For instance, in 2002, Minority Report starring Tom Cruise came out. A remarkable film on its own, it demonstrated use of fictitious technology that was deemed impractical and unachievable. A decade later, it is known as the film that predicted the future of technology, from facial recognition to personalized advertisement. If you haven’t seen the film, do check out Minority Report on Netflix.

Sci-Fi films allow directors and producers to challenge themselves while pushing the envelope pass genres. With improved storytelling and cinematic effects, the quality of Sci-Fi films has been improving exponentially. Think about the genius of Kubrick’s 2001: A Space Odyssey and compare that to enthralling scenic imagination of the cosmos in Gravity (2013). Or take Christopher Nolan’s Interstellar from 2014, the perfect sci-fi story of people exploring within themselves as they simultaneously explore new universes. Every repeated viewing of Interstellar on Netflix fills me with awe.

There may be two primary reasons for this welcome resurgence of Sci-Fi. The first is the improvement in cinematic technology. Storytelling has received a new avenue with a futuristic style. It opens the doors for boundless story lines, whether that is a world without fertility, as in Children of Men, or the nonlinear narrative of Mr. Nobody. In a sense, these films capture and reproduce not merely our cosmic fascination but also to a world that we can leave our imprint on.

Secondly, these films and television series allow storytellers to visualize life with the onset of technology. Joaquin Phoenix’s character in Her shows that despite all advances in a brave new world (hard not to reference the revered Aldous Huxley here), we are still fragile human beings trying to cope. The fantastic British television series Black Mirror choose to demonstrate a darker timeline with the advent of technology and its pervasiveness in our lives. But that is the point. We are on the cusp of limitless advance. The future is being written through devices and technologies. And the resurgence in Sci-Fi films is an attempt on part of the film industry to mark the blueprints of that advance and guide us there. What a time to be alive!