Why Are Gamers Moving From Console to PC?

It’s always important to have some sort of hobby or activity with which you can unwind at the end of the day. Whether you prefer to do that alone or with your friends through online party chats while you play table games online is totally up to you, but it’s nice to destress at the end of a long day.

Video games on consoles have always been a popular option, and whether your personal preference is Xbox, PlayStation, or the more portable Nintendo Switch, the wide array of titles available to you on demand certainly makes them an appealing option. But where do PC games sit amongst all of these high-powered consoles? Arguably, with the power to run faster and more efficiently than all of these combined, shifting to a PC might be a good option in the near future. Keep reading below to find out why more gamers are opting for PCs over consoles.

What Features do Consoles Currently Offer?

The very first games console came out in the early 1970s, and the world of game development for these powerful machines has never slowed down–it’s only gotten better and more advanced, with new titles coming out that leave you wanting even more. But what do consoles actually have to offer?

As mentioned earlier, with so many consoles on the market at the moment, you really are spoiled for choice! You may have a preference because of what you’ve seen your older siblings playing, or perhaps you prefer the Microsoft Xbox operating system in general in comparison with Sony’s PlayStation system. Whatever your reasoning, there are more than a few options for you when it comes to choosing your next-gen console.

Portability is another impressive factor for these consoles. Previously always docked at home, just like a PC, the arrival of the Nintendo Switch in particular really changed the game. Now you can start a game at home and when leaving, simply pick up the dockable Switch and continue on the go from wherever you left off, just on a smaller screen!

Another reason for preferring one console over the other is because of the exclusive titles that can be found on a particular console, and nowhere else. These sole titles definitely tempt the audience to stick with a particular platform, and the exclusivity builds a rather niche community that you can be a part of, which feels pretty good, to be honest!

So why Move to PC?

With all the pros we’ve highlighted above, you might be wondering why you should move to PC at all? Surely, consoles have enough features to offer to keep you entertained? Well, what if we told you that a PC could do all of that, and even more?

Despite what we said previously about console-exclusive titles, there are some instances where we’ve seen that overturned. Most recently, for instance, Naughty Dog announced that The Last of Us was coming to PC in 2023, something we never expected to see when it first came out on the PS3 in 2014!

Although a long time coming, the once exclusive title is being ported for PC players, and you can be sure that they’ll be receiving the most up-to-date and enhanced version of it, truly optimized for an unforgettable PC experience. The good news with it coming out so much later on PC is that the game developers will have had all that extra time to work on the game to ensure that it truly is the best version possible, making the game experience all the more enjoyable.

Another reason for moving over to a PC is the fact that the actual hardware is much more likely to last longer than a console’s lifetime, even if you use it heavily and on a daily basis. A console’s lifetime eventually does come to an end, or companies come out with new consoles with games that only work on the newer generation of consoles, forcing you to buy the latest version if you want to keep enjoying your games. However, with a PC, not only are the parts likely to last longer naturally, but if something does break or slow down, it’s simply a matter of replacing the single part, as opposed to the whole PC, saving you a lot of money in the long run!

If you like your tech to really reflect your personality, then a PC is a great direction to go in. Building PCs has become more popular than ever before, but unlike a stock game console that looks identical to all the rest, you can really customize a PC to your liking. Whether you want RGB lighting or fans, a clear case, or a particular GPU, all of those options are something that you can pick and choose for your ideal setup and aesthetic!

Not only is your PC customizable in its outer look, but it can also function in more than one way as a piece of tech. Using it for gaming is one thing, but you can also use it for work purposes if working from home is something that you do. And with the sort of specs you might choose to have, you can be sure that you’ll never have any issues with your computer running efficiently! It’s handy to be able to log out of work mode, and within a few seconds jump into a game of Fortnite with your friends without having to move! 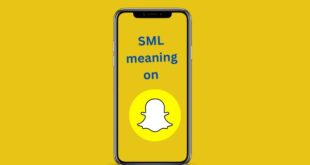