Washington, D.C., the nation’s capital, is an autonomous city, doesn’t belong to any state, and is considered to be the epitome of American politics and the center of government business.

This city with a population of over 650,000 can offer a lot more than just what goes on in the White House or on Capitol Hill. It is a popular tourist attraction center – of course, because of its many historical monuments and free museums. In addition, it plays host to numerous international embassies, not forgetting the many world-class institutions of higher learning.

Are you looking to relocate to DC but aren’t sure what to expect? In this quick guide, we take a look at every important thing you need to know beforehand to cushion you against any disappointments.

Cost of living in DC

Washington, D.C. isn’t among the cheapest cities to live in the US. In fact, it is estimated that the living cost is 60% above the national average.

The city is inhabited by a lot of wealthy residents and hosts three-quarters of the expatriate community in the country. This probably explains why there are plenty of corporate apartments in Washington DC targeted at ex-pats and business travelers.

As we just said, Washington D.C. is an expensive city to stay in, and nothing shows this better than the cost of housing. Let’s take a quick look at how much you can expect to spend on average for a one-bedroom house in various parts of the city:

Even so, there are a few affordable places in the suburbs and even downtown for those who still want a city kind of life. For example, neighborhoods such as Foggy Bottom, Shaw, and the U Street Corridor are pretty expensive but still affordable per the standards of DC. Other affordable neighborhoods include Petworth, 16th Street Heights, Anacostia, Georgetown, and Brightwood.

The suburbs can also be another good alternative with rents going as low as $2k. A few of those that you can consider are Annapolis, Maryland Alexandria, Virginia; Silver Spring, Maryland; and Columbia and Baltimore, Maryland.

The high housing costs are the reason co-living is such a common practice in DC, so feel free to look for a roommate if that suits you and helps you save money.

Washington D.C. is one city with a weird and complicated taxation system. For starters, they have their own sales and income taxes, with the sales tax set at 5.75%. However, some items and services such as alcohol and commercial parking are taxed at a higher rate; 10% and 18% respectively.

Income tax is assessed in five brackets, with the highest tier of those earning $350,001 and above parting away with 8.95%!

Unlike most cities of its size and economy, the utility costs in D.C. are quite manageable. Experts estimate that it is 8% lower than the national average. We go over a few common utilities below.

Prices of food are a bit high in D.C., whether it is buying groceries or eating out. In particular, if you plan on eating out regularly, expect to pay more than your counterparts in other cities. This is due to the fact that in Washington DC, there is a 10% sales tax added on restaurant meals whether it’s in dining or takeout.

Despite the availability of the metro and the walking and riding culture in Washington DC, transportation costs remain high. This is because the majority of residents in the city prefer driving to work. It’s estimated that two-thirds of the population drive and cause too much traffic which consumes a lot of time and money.

Alternative transportation in D.C. includes Metrorail and buses, DC’s public transportation, and on-demand taxi-hailing apps. In all these cases, when it comes to the calculation of fare, they use almost the same concept; your fare depends on the time of day and the distance.

People in D.C. love being fit. Going for hikes, taking walks, evening and morning run and rowing are some of the daily norms you will get accustomed to in this city. Even expectant and nursing moms are never left out!

Washington D.C. is a Cayman haven for art and history lovers because part of your exorbitant taxes is utilized to manage museums. This way, you never have to pay to visit one. But note; not every museum in the capital is free, but the majority are. So, while there, why not take advantage of these free goodies?

Washington, D.C. is the best paying city in the country, with the average estimated to be $40 per hour and $83,000+ per annum. This is attributed to the city’s high pool of government and private sector jobs. Indeed, it’s estimated that 42% of corporate jobs in the country will be traced to Washington D.C. and this makes it among the top cities that collect a lot of income tax.

This is a good time to head to D.C!

Moving to Washington D.C. is certainly going to be an exciting adventure for you. But at the same time, it may turn out to be a daunting process if you don’t set your priorities right. With the knowledge gathered in this guide, we hope you’re better prepared to finally head and settle in DC. Good luck! 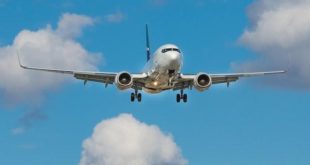 The Best Tips for Frequent Travelers 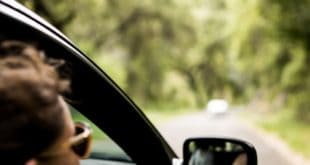 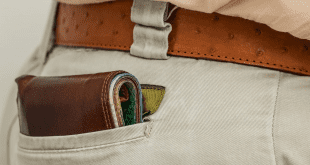 Use Your Gadgets To Make Money While You Travel