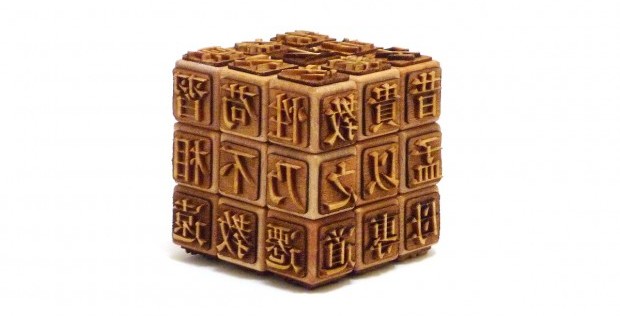 I find this ineffably elegant: Yu-Hsiang “Shaun” Chung, a student in a class called “Art for the Internet” at Parsons The New School for Design, created the “Movable Type Cube” by marrying Chinese characters with an anniversary-edition Rubik’s Cube made of wood. He was inspired by the graph typically used to lay out Chinese characters for students learning to write: 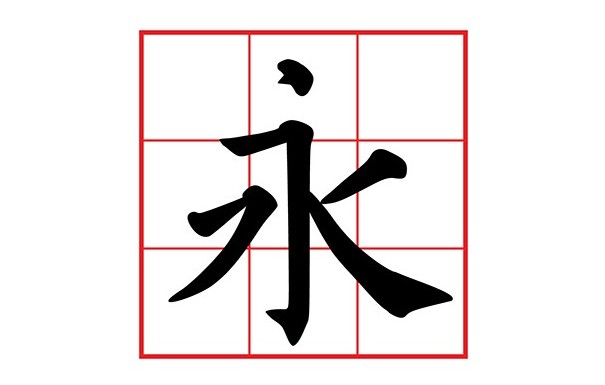 In 105 AD, Cai Lun invented the paper. In 200 AD, the Chinese invention of Woodblock printing produced the world’s first print culture. In 1040, Bi Sheng invented the first known movable type technology. Therefore, I want to use a Chinese text for my cube. The text I used for my cube is called “Three Character Classic.” It is a traditional Chinese text that teaches young children to be a good person in the society. The text is written in triplets of characters for easy memorization, which is perfect for the cube since the cube is 3 by 3 on every side. The text is written by Wang Yinglin during the Song Dynasty, so I used a font called “Song,” which is correspond to the Song Dynasty when a distinctive printed style of regular script was developed.

Then Chung inks the cube to produce elegant printing: 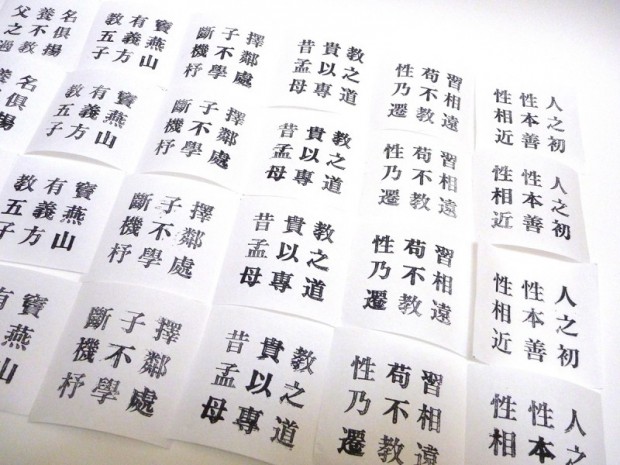 I’m eager to know what new collocations of words can be made with successive twists of the puzzle.