Top Skateboarding Games to Play in your Browser 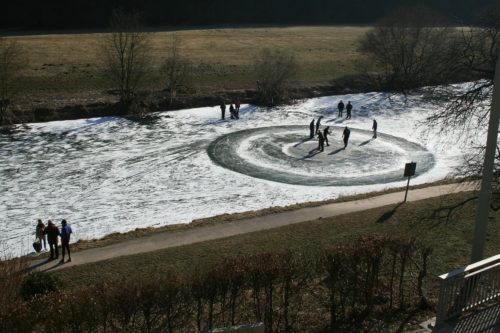 Skateboard games in general attract a lot of young players mostly because of the spectacular stunts and tricks that one can perform virtually without hurting himself and by the ease of touching only few buttons on their laptop’s keyboard or by sliding their finger over the tablet or phone screen.

Highly influenced by the some of the greatest titles in the video games industry such as Tony Hawk’s Pro Skater series and EA’s Skate franchise, lot’s of indie developers or smaller companies such as Enties took onto this niche and started to build or sponsor such games.

Nowadays you can actually uncover a truly vast collection of browser based skateboarding games that one can easily enjoy only by performing no more then 3 clicks while surfing online. Some of these games that are totally free to play managed to gather millions of plays over the years and also build a really large number of fans worldwide. One such title is Street Sesh, a game developed especially as a marketing tool by the apparel company Etnies, a game that really looks and feels pretty much like a miniaturized version of EA’s Skate 2.  The main goal in Street Sesh is to score as high as possible while riding the crowded city streets on your board using everything that you find in your way as a ramp to launch yourself up in the air and perform outstanding skate tricks and combos such as ollies, kickflips, 360flips, tailslides etc. The game ends when your character lands a subway station where you are prompted to enter your name and submit your score to the online hall of fame.

Also worth mentioning here are the Extreme Skater and Upipe skateboard games by Miniclip. For example Extreme Skater is kind of an unusual for this genre as probably one would not imagine a dude jumping off a helicopter and rushing downhill the mountain riding a modified skateboard, yet this is what this game is all about, an off road skating adventure where one can test his stunt skills out in the wild.

The Upipe skate version focuses only on the Upipe battle, where impressing the crowds with your skills is your main goal in order to grant yourself access to next stages and eventually qualify for the finals.

Downhill Jam comes as a sequel to Street Sesh, it’s also released having Etnies as sponsor and this time the sponsor’s marketing is even more visible inside the game as the player’s  aim is to ride downhill the bay area and find as many bonus boxes that hide different type of branded skating shoes inside.  The player is also encouraged to use the available ramps that are set on the road in order to jump and perform air tricks.

Sewer Run takes us down in the underground world were a crew of riders compete against each other in a tournament among the sewer lines. This particular title adds a bit of salt and pepper to this kind of games as it feature a Mario Kart like system based on weapons that each skater can use against the others in order to slow them down or try and take them out for good.  One other innovative feature this game has to offer is the fact the while your character flies through the air, the time seems to expand , the camera plays in slow motion, switching the angles thus giving you the option to pose while trying to expose your best  moves.

Skatelander is a more recent game developed cross platform, available both on the mobile market for Android and IOS and also featuring a HTML 5 version that can be played online freely directly in your browser. Skatelander has a really nice Lego like look, feels just like a classic side scrolling platformer when playing but also benefits the modern features such as an in game store from where the players can buy upgrades and such. There are 60+ available characters to choose from in Skatelander and lots of mini games that can one play inside Skatelander.

Skateboard City 2 also gets a well deserved place on our chart featuring 2 different modes that the player can choose between: Arcade mode and the Freestyle. The Freestyle mode  is only available once the 2 worlds of the arcade mode has been completed, yet the arcade mode itself only becomes available after the player manages to finish the five missions inside the tutorial. The five missions are indeed necessary in order to learn how to master the controls properly as Skateboard City 2 is kind of a more complex 2D game that one would expect at a first sight.

Have more games in mind for our chart, please let us know inside the comments section.