Tips to Prolong the Battery Life of Your Smartphone 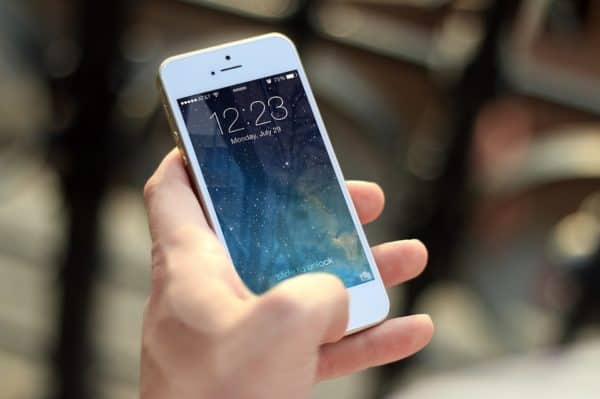 Summer is here, which means you’ll likely be bouncing from one cookout to the next for the foreseeable future. This also means you may be using your GPS and text messaging more than ever. There are worse problems to have. After all, it’s a natural by-product of having a social life! But it also means that if you aren’t careful, you could find yourself on your way to a co-worker’s house for the first time with little battery life. Don’t let that happen to you! Follow these tips to prolong the battery life on your smartphone, and ensure your summer goes off without a hitch:

1. Keep Your Battery Topped Off

The majority of smartphones come equipped with lithium-ion batteries. One of the good things with lithium-ion batteries is that their “memory effect” is nearly non-existent. In a nutshell, memory effect is the effect of certain types of batteries “remembering” how much they’re charged. If they are repeatedly recharged when at half capacity or more, over time they come to remember the recharging amount – in other words, the more they’re recharged when only half used, the lower their capacity becomes. Lithium-ion batteries don’t suffer this effect. Put simply, when it comes to your smartphone, keep the battery topped off and it will last longer (and minimize your risk of running out when you least expect it).

If you let your smartphone’s battery get too low, it could cause irreparable damage or result in a deep discharge state (which basically renders the battery dead). Try and keep your phone’s battery above 40 percent charge at all times. While your phone is dormant, it will still continue to lose a small amount of battery life – typically about 5 percent a month. If you use your phone often (and charge it often), then this likely doesn’t affect you, but for individuals who use and charge their phones less frequently, ensuring a minimum charge state can save the battery from decline during periods of inactivity.

Batteries don’t like extreme temperatures, but they are particularly ill-suited to temperatures on the upper end of the spectrum. When storing your phone, whether overnight or for long periods of time, keep it in a cool, dry place. The ideal temperature is around 60 degrees Fahrenheit, but any temperature between approximately 40 and 80 degrees Fahrenheit is suitable. This will help ensure your battery maintains its charge not only overnight, but over an extended period of time. Don’t take it too far though; avoid placing your phone in the freezer or fridge.

4. Put Your Software (and Settings) to Use

Whether you choose to use “Low Power Mode” most of the time or you customize your apps and various programs so that they behave themselves when operating in the background, you can accomplish a lot simply by adjusting your phone’s settings. Even when you’re not doing anything, your phone is; it’s keeping track of time, it’s on the lookout for incoming text messages and phone calls, and it’s being mindful for push notifications from installed apps. All of this takes up battery life. Though force quitting applications religiously isn’t actually as beneficial as one might think, keeping a monitor on your phone’s various settings is.

5. Put Your Hardware to Use

Believe it or not, your hardware can play a role in extending battery life too. Phones with mobile processors like the Snapdragon 820 feature quick charging technology and reduced battery consumption, for improved usability. Not only will your battery last longer, but should you need to charge your phone quickly (say, because you’re due to be at a BBQ in 45 minutes and your phone is at 10 percent battery life), the quick charging feature can bring you up to 50 percent charge or more in a brief amount of time. This can be a real life saver. If battery life is important to you (and really, who doesn’t think it’s important?), you may want to put extra value on your smartphone’s hardware.

Ultimately, that’s what battery longevity comes down to. Though these specific recommendations will of course benefit you, you don’t necessarily have to adhere to their exact word. Yes, you should be mindful of your phone’s various settings as this can impact battery life tremendously, and yes, you should treat your phone’s battery with care, but if you already do a good job of taking care of your smartphone, then the odds are good that your phone is fine. But should you have reservations – and should you really want to be certain that your phone will carry you through the summer unscathed – then these five steps are a good start.