Things to Do When in Heidelberg

Heidelberg is one of the most beautiful places to visit in Germany.  Nestled in the heart of the Baden-Württemberg region, every year this picturesque German town attracts millions of tourists from across the world. Here we take a look at the myriad of things that this European delight has to offer:

With cobbled streets, dotted with warm outdoor coffee shops, market places, and numerous heritage buildings, the old town or Altstadt of Heidelberg is the perfect place to be lost in. Exploring its narrow alleyways, old book shops and magnet stalls, this part of the town never fails to surprise the wandering tourist.

The main street or Hauptstraße, through the Corn Market, leads to the Alte Brucke or old bridge.  Built in 1786, this stone bridge over the Neckar river was once a part of the city wall. For tourists wanting to grasp the essence of Heidelberg, the old town is a must-visit.

A Day in Heidelberg Palace

The palace or Schloss of Heidelberg is one of the most iconic locations in the city. Although most of it is in ruins, the gothic architecture and cultural history of this castle dating back to the 12th century AD makes it an important landmark and tourist destination.

It also houses the largest wine barrel in the world with a height of 7 meters and a width of 8 and a half meters. No wonder there is a whole dance floor accommodated on top of it!

The castle can be reached from the Altstadt after hiking through some rugged old stone steps, however alternately tourists can also enjoy a ride on the old funicular or Heidelberger Bergbahn that stops by the castle, on its way to Königstuhl.

Taking the Bergbahn to Königstuhl

At 568 meters, Königstuhl towers over the city of Heidelberg as the second highest peak of the Odenwald hills. The old funicular takes you up to its last station at Königstuhl. From here the view of the city is simply spectacular and resembles nothing less than a postcard.

Apart from enjoying the view, tourists can also indulge in some coffee, getting memento coins, paragliding as well as gallery visits explaining how the Bergbahn machinery works.

For the more adventurous souls, this hilltop is an ideal starting point of many low to medium difficulty hiking trails, through the mesmerizing greens of the Odenwald forest.

Hiking Along the Philosopher’s Walk

Philosophenweg or the philosopher’s walk is a winding road up the hills adjoining the Heidelberg University campus.

This beautiful hiking route got its name in the early 14th century, due to the students and professors of the University who preferred this quaint spot in the city for their discussions, debates, and deliberations.

With gardens, viewpoints and occasional resting spots to catch a breath, this charming route overlooks the old town and the Schloss along the Neckar river. It’s the perfect place to get a bird’s eye view of the city.

Cruising on the Neckar River

Many cruises are available for tourists wishing to spend the day enjoying the views of the towns along the Neckar river.

With the relaxing quietness away from the bustle of crowds, the river cruise is often sought after as a luxury getaway among locals.

Moreover, it would not be a surprise if along with the occasional pack of swans wading along, you also catch a glimpse of many of the houses of Nobel Laureates that dot the riverside! 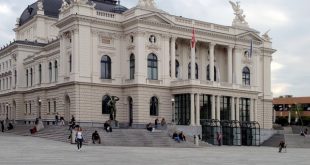 Top 7 Things To Do in Zurich 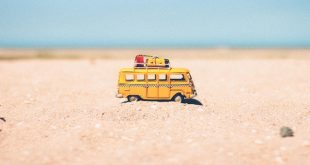 5 Things to Pack For Your Next Island Holiday 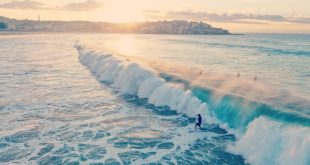 The Best Beaches in Australia