The iPhone is HUGE! 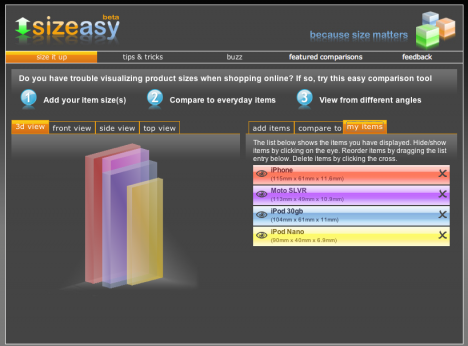 Ok, so we might be slightly exaggerating on the iPhone’s hugeness, but it sure isn’t the smallest thing on the market according to the pictured size comparisons. As you can see from its relative size to the Motorola SLVR, the 30GB iPod, and the Nano, it’s not really a tiny device. Though, we guess since it is going to be both a phone and a portable media device, theres gotta be a place to put all that damn electronic goodness. Well at least it’s here, the speculation is over. And signs are looking good for its coolness. — Andrew Dobrow