The Future of Robotics – The Expectations and the Reality

You can find many people ginning up fear that artificial intelligence and robots will replace humans. The fears range from being rendered obsolete and left in poverty to against the machines that been a staple of science fiction for decades.

Industrial facilities have automated as quickly as possible because of the high return on the investment. Factories that once employed an army of low skill now rely on hundreds of robots and a similar number of mechanics, engineers and skilled people who can complete tasks too complicated to be automated. The goal for 100 automation in factories has not yet come to fruition.

Tesla actually made the mistake of investing millions of dollars in expensive robotics to fold boxes and do other work more effectively done by relatively cheap humans. Furthermore, the robots are an expensive piece of equipment that is hard to move and adjust to create more efficient production lines. This shows that the fast rate of change in technology and human preferences will prevent factories from becoming entirely automated.

The cartoon “The Jetsons made us think we’d have large robot maids taking care of all the housework. Robots today remain very specialized A robot that could clean floors cannot yet cook dinner Instead, automation has been piecemeal. You can have one robot vacuuming your floors, while another robot vacuums debris off the bottom of your swimming pool.

The Internet of Things is creating smart devices, appliances that communicate with each other and with you. This means there are more things that can go wrong with the appliances themselves and it raises their price, but the promise of greater energy savings without impacting of life and the ability to react real time to information and customize your environment are seen as worth it. For example, home automation gives you the ability to turn on the thermostat before you return home from work or turn on the lights so that potential thieves think you’re home. That you can use an app to make the robot vacuum go back over that dirty spot on the floor is a bonus.

Robotics has become part of medicine. However, the average patient may not notice it because they’re unconscious while the surgeon uses a robot to perform minimally invasive surgery on them the robots used to sterilize rooms with UV light aren’t used until after the patient has left. The RFID systems and Al tracking the whereabouts of every valuable item in the hospital is invisible to patients, as well.

“Generation Robot was a presentation on robotics and the future of robotics. They discussed how psychologists are integral to the development of robotics and AI so that both act the way humans want them to act. This is especially true for robots that may carry patients from their wheelchair to their bed or interact with patients to assess their mental health.

Artificial intelligence holds the promise of mining massive amounts of data to recommend individualized treatment regimens and discover new treatments for existing conditions. The same artificial intelligence powers information appliances in our homes, allowing people to interact with devices naturally by speaking to them. When these devices are connected to a smart home network, you can use the same intelligence to tell the Al to turn off the lights upstairs or turn down the thermostat.

Why Don’t We Have More Robots in Our Daily Lives?

One reason is battery life. Some of the best generalist robots can run, but they can only do so for fifteen minutes. A more limited robot may run for an hour before it has to recharge. The more power that’s required to do the task, the more likely it is that they’re limited by their ability to plug into the power grid. Another limiting factor is their cost. We can’t create a robot that has the same articulation and sensitivity as a human hand. The closer you get to such capabilities, the greater the cost. You can build a relatively cheap pick and place robot for a particular cost, but the cost of a generalist robot is too high that you might as well hire a semi-skilled human to do it instead. This is why robots will not take all our jobs. 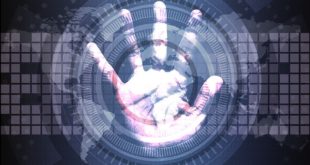 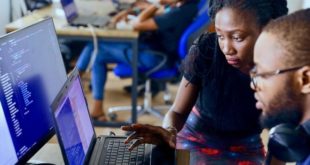