The Automotive Industry as 100 Cars 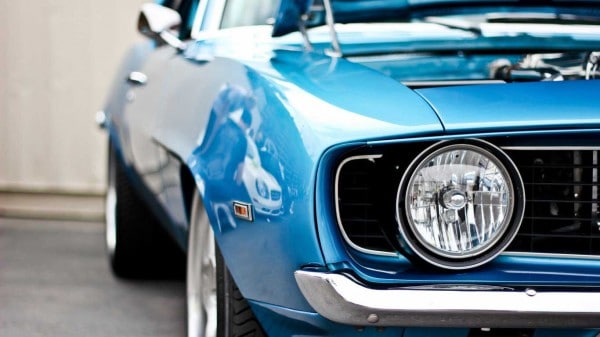 What if the entire American automotive industry was represented by only 100 cars? Imagine taking all the car-buying trends of 2014 and turning them into something we can see at a glance. What do you think the most popular makes, models and colors would be? Take a guess, then see how you compare to the info below.

You may think that cars would be more popular in this ever-crowded, ever-more-expensive world, but light-duty trucks actually outsold cars in 2014. The percentage of trucks sold was slightly higher, coming in at 52%. Keep in mind, however, that according to the above infographic from the Wall Street Journal, SUVs, minivans, and cross-overs all count as “trucks.”

When it comes to automobile manufacturers, there weren’t many surprises; the “Detroit Three” still occupy the top manufacturer spots in this 100-car industry. GM led the pack at 18%, while Ford and Chrysler were a bit behind at 16% and 13%, respectively.

We might be splitting hairs, but what if we separated “top manufacturers” from “most popular brands”? The landscape would change yet again.

Interestingly enough, the category “other” filled the top spot here at 26%. Ford, Chevrolet, and Toyota were in the top three actual brand spots, at 15%, 13%, and 12%, respectively. The Ford F-Series pickup won the best-selling brand for the 33rd year in a row. Toyota, however, captured the most diverse model sales in Autoblog’s “Hottest Selling Cars in America“, with the RAV4, Corolla, and Camry.

To round out our look at the most popular types of vehicles, it’s worth mentioning that, as usual, imports represented the majority of auto sales in 2014, at 68%. They are projected to continue to represent the majority of American vehicles, as brands like Toyota, Honda and Nissan have been increasingly popular over the last decade.

Even though 43% of car shoppers say they’ll only consider new cars, used vehicles were still the main choice for consumers; they occupy about 75% of the industry. Used car buyers tend to be younger than new car buyers, but that gap has narrowed since 2009.

You’d probably suspect that luxury brands take, ahem, a backseat to standard models, and you’d be right; standard cars represent the bulk of the industry, at 91%, but luxury cars saw a big manufacturing boom in 2014. From Cadillac to Lexus to Audi, luxury brands sold every vehicle built or imported, and set sales records in the process.

But what about color?

It turns out that most people aren’t really feeling adventurous when it comes to choosing car colors. The top color in 2014, for the eighth year in a row, was white, with an impressive 22% of the total. Silver, black, and gray followed close behind. Red, blue, and green are surprisingly low on the list. Only 2% of drivers prefer green vehicles.

Those who want to get behind the wheel of a new ride usually have two options: buy or lease. In 2014, the rate of new car leases was at its highest in history, at 25%. Many auto manufacturers are observing a shift in consumers when it comes to leasing. Instead of owning a vehicle completely, consumers are more likely to choose lower monthly payments. This makes owning a car more affordable for many consumers.

There were 11 million alternative fuel vehicles in the United States in 2011. All the buzz, however, over alternative-energy cars doesn’t really measure up to much when you look at the statistics. In 2014, alternative fuel tied with diesel fuel at 4%. Gasoline still leads by a landslide. You shouldn’t count out diesel, though – it’s actually a lot more clean and efficient than it used to be.

For any stick-shift aficionados out there, I’m afraid there’s some heavy news. Only 6.5% of cars sold had manual transmissions in 2014, but don’t let that number fool you. They are making a slight comeback, as this number is the highest seen since 2006. Even though manuals don’t offer a safe bet in the mileage department anymore, the two perks that still seem to draw drivers are price and performance.

Did your guesses match up to the statistics? It’s weird to imagine what an industry made up of only 100 cars would look like, but some of the results shouldn’t be too surprising. Scaling down the industry to a more relatable percentage is an easy way to look at popular industry trends.