The advances made in training methods and sports science over the last few decades have been incredible, as professional athletes and their teams all vie to see what edge can be gained from making incremental gains using tech and nutrition.

Nowhere is this more prevalent than in US sports leagues such as the NBA, NFL, and MLB, where teams spend hundreds of thousands of dollars every season searching for optimal performance on all fronts.

More often than not this now includes the use of high-tech gadgets, all of which serve a unique purpose, from helping players stay healthy, to aiding them in their preparations for a crunch game.

Here are just some of the cutting-edge tech gadgets that top athletes and their teams are using today.

2020 saw the rise of leagues such as the NBA distributing data tracking gadgets like the smart ring from Oura, which captures live data from any athlete who wears it, enabling their team or league to keep tabs on whether they are fit to play or not.

Of course, such data could also have much wider applications than simply informing the health and wellbeing of star players, with plenty of other industries such as sportsbooks and media outlets keen to have a sneak peek at the numbers these devices churn out. After all, the free bet no deposit offers 2021 has already been throwing up would look even tastier if bettors knew that Lebron was feeling a bit under the weather before a series deciding game, or The Greek Freak had a tight hamstring during Monday morning practice.

The Oura ring is far from being the only device of its kind being used in the NBA. The league also sanctioning the use of smart wristbands, Bluetooth devices that measure body temperature, and pulse oximeters.

Unsurprisingly, there are plenty of NBA stars who have shunned the idea of being tracked quite so closely, especially when it is their employers who hold all the data.

For a long time in the NFL, it was not a rare occurrence to see a head coach or coordinator throw their audio headset to the ground in frustration.

When it did happen, this was sometimes simply down to a quarterback making a silly decision or a punter getting their kick all wrong, but often it was because their lines of communication were cut by faltering technology.

No longer is this the case in the NFL, after a tech firm by the name of Gubster & Schnakenberg manufactured a helmet audio system that allowed teams and coaches to talk over a practically endless number of encrypted digital airwaves. This has meant that snooping on opposition teams has been stamped out of the game.

While the NBA and NFL have always been at the forefront of technological advances in sport, the same cannot be said of America’s favorite pastime.

MLB coaches were long known for clinging to unscientific methods of training and match preparation, as documented by such movies as Moneyball. However, all that is now in the past. The MLB has now possibly surpassed its US sports league rivals when it comes to adopting tech gizmos and gadgets.

One particular type of gadget that is all the rage at the moment are those that map every detail of a sluggers swing or pitcher’s release. SwingTracker is an ergonomic contraption that slots onto the bottom of a bat and allows coaches and training teams to breakdown the swings of each of their big hitters.

Meanwhile, for pitchers, many MLB coaches employ the Edgertronic camera, which can record and playback a pitch in super slow motion, so that everything from the player’s grip to his weight transfer can be analyzed and improved. 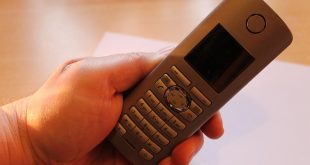 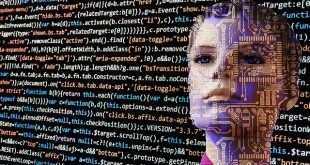 5 Technical Skills To Succeed As A Software Engineer In 2021