Take Them To Our Leaders 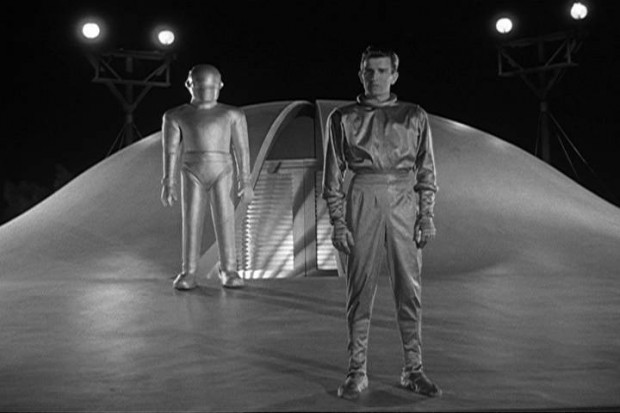 Rather than aliens invading Earth, most likely detection scenarios will involve microbial organisms and/or extra-terrestrial life at a safe distance that prevents physical contact. As far as exploring other life forms is concerned, any strategy applied must exclude biological contamination—not only to protect ourselves, but also to preserve any alien life discovered as part of an overall commitment to enhancing the richness and the diversity of life in the Universe…. For such scenarios with well-contained risks, the dominant human response is unlikely to be one of fear and pandemonium…. Human perceptions and representations of alien life will not only derive from science, but, given that humanity is more than just a collection of logic and facts, they will be highly in?uenced by cultural and psychological factors. Therefore, reactions will not necessarily be homogeneous, and reality may defy common myths…]. It is believed by some that establishing the presence of extra-terrestrial life as a fact will cause a crisis for certain religious faiths. A survey, however, shows that followers of all the main religious denominations as well as atheists declare that it will not be a problem for their own belief.

—from “The Detection of Extra-Terrestrial Life and the Consequences for Science and Society” by Martin Dominik
and John C. Zarnecki, published yesterday in the Transactions of the Royal Society A. The authors cover the possible scenarios for the presence of life elsewhere in the universe, consider the means by which we might learn of its existence, and the possible social, cultural, and biological impact of its advent on Earth.

When I think of the prospect of an alien invasion, I take heart from the end of War of the Worlds (1898), where H. G. Wells observes that Earth’s biosphere might be seen as a kind of Gaian immune system:

These germs of disease have taken toll of humanity since the beginning of things—taken toll of our prehuman ancestors since life began here. But by virtue of this natural selection of our kind we have developed resisting power; to no germs do we succumb without a struggle, and to many—those that cause putrefaction in dead matter, for instance—our living frames are altogether immune. But there are no bacteria in Mars, and directly these invaders arrived, directly they drank and fed, our microscopic allies began to work their overthrow. Already when I watched them they were irrevocably doomed, dying and rotting even as they went to and fro. It was inevitable. By the toll of a billion deaths man has bought his birthright of the earth, and it is his against all comers; it would still be his were the Martians ten times as mighty as they are. For neither do men live nor die in vain.

We can only hope that the recently-discovered arsenic-tolerant bacteria (if that’s what they really are) will be on our side as well.