It’s one of those things that you know they do, but nobody ever really talks about. In fact, one of the inside jokes about it is that when you do it, you’re forming the “constellation ‘Urďne’.” For various reasons, very few images of this phenomenon exist. 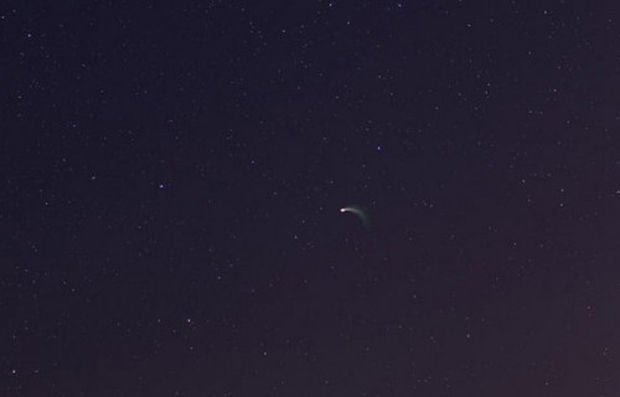 Jens Hackmann snapped this image of the Space Shuttle Discovery back on March 8th, hours before re-entry as the spacecraft initiated its final waste dump. Hackmann explains:

When observing ISS and space shuttle Discovery with unaided eye, there was nothing special for me. But when I examined the video clip I wondered what that tail on Discovery was…Then I read in the internet about other sights.

This isn’t the first time this has been seen, of course. Discovery herself gave people a similar show during its mission in 2009. Personally I think that some of the appeal is lost when you figure out what you’re watching, but all the same…