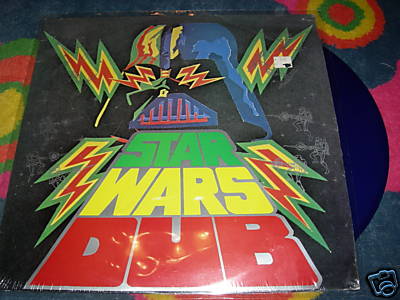 This is the sort of thing you can only find on eBay these days. Let me introduce “Star Wars Dub.” Perhaps the geekiest reggae recording ever produced (and by master producer Phil Pratt, no less.) And this is no average Star Wars Dub record. This is the special edition blue vinyl version.

As of this posting the album was bid up to $11.16. You can expect this rare record to fetch nearly $100, if not upwards of that. But damn, if that won’t be the best $100 you’ve ever spent in your life. We imagine this is the sort of music that Jar Jar jams out too. Hit the jump for a complete album playlist.