Robot Planes Now Have Their Own Airport. The Invasion Begins. 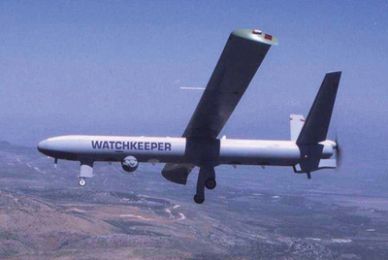 So, the robot invasion has finally begun.

Okay, maybe not, but it is true that an airport in Wales is now being used exclusively for robotic aircraft. It’s being emphasized as “the first step to getting human and robot-piloted craft together in the same airspace”.

Right now, the robotic planes are constrained to the West Wales Airport, and have been given a 500 square mile airspace for their exclusive use. Sure, it starts with 500 miles — and then they’ll want more. It’s a slippery slope, friends.

Many commercial firms are currently banned from testing unmanned aircraft in the United States, unless they’re in restricted military zones. The Welsh government is hoping that this airport will draw these companies to test their aircraft in Wales.